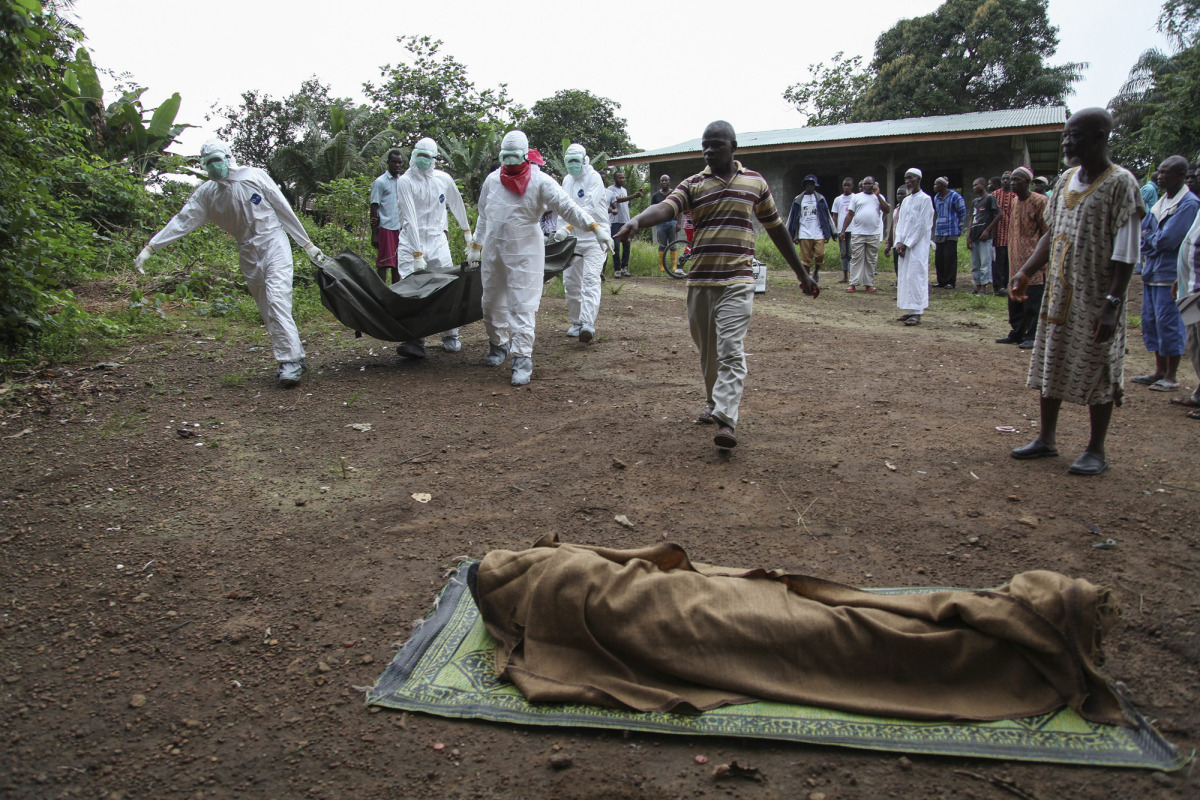 In a soggy field in Johnsonville, a township just outside the Liberian capital, Monrovia, Joseph Bayogar holds his hand to his chin and shakes his head as he walks through what is now a messy burial site. “We did not have Ebola in our area,...” the local resident says. “Now the government has put our lives in danger by doing this.”

He was visiting the site on Aug. 4, just two days after health workers brought some 37 bodies — victims of the deadly Ebola outbreak that’s now killed almost 1,000 in West Africa — to the field on orders from the Ministry of Health. The Assistant Minister of Health, Tolbert Nyenswah, tells TIME that the government had purchased the land from the township administration in order to use the area as a burial site.

But as the health workers buried the bodies, local residents say they chased them away, fearful of the spread of the highly contagious disease. The health workers abandoned the rest of the corpses, dumping them in shallow holes in a swampy area, say locals. The Ministry of Health denies that the bodies were dumped.

Bayogar, a tall man in his early 40s, is one of many Liberians unhappy that the dead are being buried so close to home. “Look here, these are the gloves they used to play with the dead and they have left [them] all here,” he says, pointing to the debris littering the ground. “What if our children come and touch this? The entire town will be infected. We are in trouble.”
That fear has spread across Liberia as health workers abandon their posts at clinics and citizens are afraid to touch their dead or, even, one another. The situation has become so grave that President Ellen Johnson Sirleaf declared a state of emergency on Wednesday. In a televised address, the President announced that for the next 90 days the state would be suspending some citizen rights and imposing quarantines on badly affected communities in an attempt to contain the virus that has killed 932, according to the World Health Organization. In Liberia alone, 282 have died.
On Thursday evening, the U.S. State Department warned American citizens against nonessential travel to the country and evacuated family members residing with embassy staff in Monrovia starting Aug. 8. “U.S. government employees in Liberia will remain on active duty at the embassy and additional staff are being deployed to assist the government of Liberia in addressing the Ebola virus disease outbreak,” the State Department said.

In one corner of the field in Johnsonville, wooden headstones mark the graves of those killed by the virus, including Patrick Nshairndze, the chief administrator at St. Joseph Catholic Hospital, a major hospital in Monrovia. Nshairndze’s death on Aug. 1 led to the immediate shutdown of the hospital. 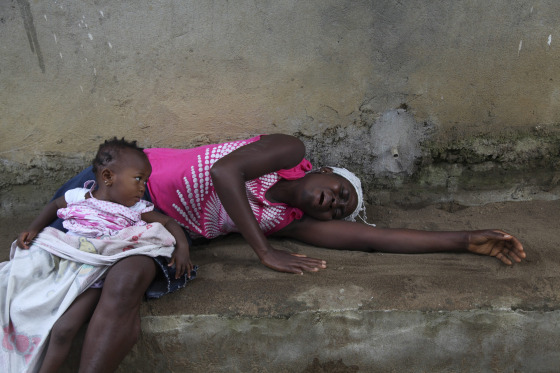 John F. Kennedy Memorial Hospital, Liberia’s biggest referral hospital, is now all but abandoned, though the government announced Thursday that it was reopening its emergency room. Yet it’s quiet throughout the day except for the few essential staff, including security guards, that report daily.
The hospitals are among several major health facilities that have been deserted by health workers who fear the virus that has claimed an increasing number of colleagues. They have good reason so to fear; a statement from the President on Wednesday estimated that as many as 32 health care workers had already died.

“The health care system in the country is now under immense strain and the Ebola epidemic is having a chilling effect on overall health care delivery,” Sirleaf said in a statement released on Wednesday. “Out of fear of being infected with the disease, health care practitioners are afraid to accept new patients, especially in community clinics all across the country.” She added that the understaffed clinics have also prevented those with other, treatable diseases from receiving necessary medical attention.
The week beginning July 27 was called “the dark week” by the Ministry of Health as it recorded 173 new cases of Ebola and 94 deaths from the virus. The climb in statistics is believed to be partly due to the lack of workers at health facilities.

But Nyenswah also tells TIME that there is hope that the facilities would reopen soon. “Fumigation is ongoing and that will cover all of the major hospitals that are closed,” he says, referring to a process of decontamination using chemicals. He hopes that will be enough “to regain the confidence of the health workers that have fled the area.”
There have also been pockets of demonstration across the country as Liberians have protested the government bringing bodies into their communities for burial. Several standoffs between town locals and government health workers, similar to the one that took place in Johnsonville, have been reported.

The Liberian military expects to have its quarantine roadblocks — called Operation White Shield — in place by Friday. Sirleaf said the extreme measures were necessary for “the very survival of our state and for the protection of the lives of our people.”

— With reporting by Zeke Miller