Berenice Mulubah speaks to the Liberia-based model who has become the first Liberian to be sole winner of the prestigious Mr. Universal  Ambassador of Africa.

How did you get selected to participate in Mr. Universal Ambassador?

I came across the pageant information on Facebook.  I contacted the event director and expressed my interest. He replied me and asked if I am the current Mr. Liberia or if I had model before and have any awards that has to do with fashion or modeling.   I told him that my country held the last Mr. Liberia pageant back in early 2002 and since then interested male models with personalities like me have not had the opportunity to compete in such events to showcase our talents. But not withstanding I have model both local and internationally for some big names and big events in the fashion world where I received some accolades.  He requested that I send him my platform, pictures, age and some other personal information which I did sent him. After going through them by his venting team, they accepted my application and congratulated me as the representative from Liberia. But they did ask that I get an official recognition and support from my home country to put me in the right standing for my representation at the event finals in Indonesia.

What  are some of the advantages you had over the other contestants that cause you to win?

Well, the truth of the matter is, I had no pageant experience! But one thing that gave me the encourage to go into pageant was my vision.  I had to give back to the nation in whatever means possible. So I took up the challenge, because I believed in myself.  I am strong and I have the ability to  stand tall among others, no matter where I go. I am smart, Handsome, intelligent, well educated and physically fit! I believe these were the qualities that enabled me to be one of the Top winners during the competition. I was top 5 in four preliminary competitions, Winner of the sport competition and most of all, I was awarded as the the title of Mr. Universal Ambassador for Africa. And these were based on my competitive sprint during the competitions. 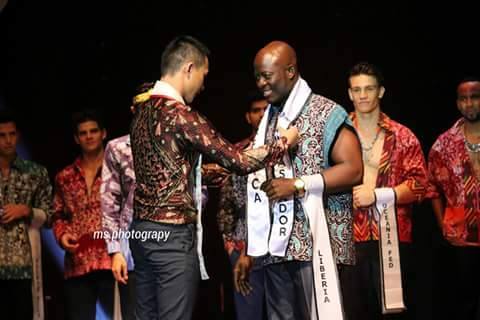 What dose it means to be Mr. universal Ambassador of Africa?

As a Liberian, being Mr. Universal Ambassador of Africa means a lot to me and our nation. I embraced the title and feel so honored as the first male from Liberia to reach this far in male pageantry. Therefore I will use the office to show to the world how competent we Liberians are to serve in such office. With the help of God and the support of all Liberians, I am very optimistic that we will make Africa proud during our time in office.

What are some of the duties and responsibilities that comes with the title?

As Mr. Universal Ambassador Africa, my responsibilities are, working along with youths through some of the challenges, represent the organization at events in Africa, to discover world class models and ambassadors around Africa to represent our continent at the event grand final that is to be held in Bali Indonesia next year. 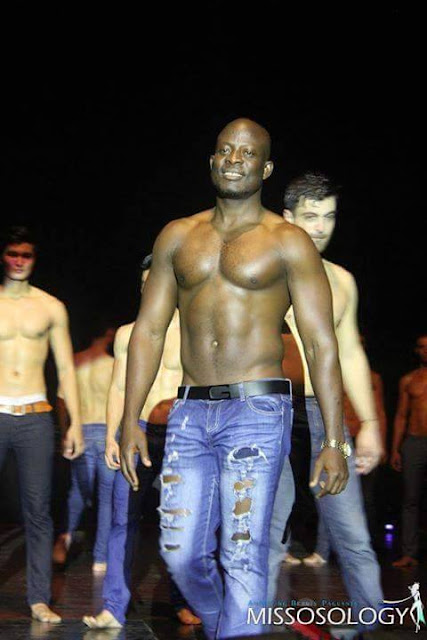 What should we expect from you in the upcoming year?
I have a lot to offer the world through the office that I have been honored with. First of all,  my intent of going into to this competition is to encourage qualify and talented Liberian who have what it takes to better represent the nation at world class events of such nature.  I am going to seek platforms where they can go show to the world how beautiful and strong we are in and out. I am also going to use my office to give back to Liberia and the rest of Africa.