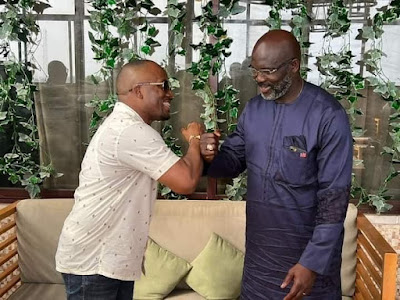 Spoon TV has risen to prominence as a platform for unfiltered news, political viewpoints, and social concerns. Unfortunately for the television network, the recent visit of their team to Liberia has led to some people questioning their objectives and ethics, which is unfortunate for them. Check out few post on the subject from fans around the world. "This is your Spoon TV Crew in Liberia hobnobbing with the CDC Government. My issue is not that they are meeting the Government. I believe in constructive engagement and the Government represent all Liberians. My issue is, this is the same Spoon TV that faults everybody of being in cohort with the government once they hear gossip about you being friends with the CDC folks. This same Spoon TV was disrespectfully calling out my name on their wretched show to come and appear because Jerome Verdier accused me of meeting with Jefferson Koigee and George Weah, as if it is a crime or sin to engage the CDC government or even know or talk to people in the CDC.Today it is OK for Spoon TV to actually do more than what they attack people on their show of doing. Their show is like walking into an armed bush. They badger their guests and talk above their heads disrespectfully. Bunch of hypocrites! Who the hell are your to judge decent people who have worked their butts off honestly all their lives for that Country? You're just coming on the scene but want to discredit people who've been there long time taking the bullets, because you want to be known? Some of us did not get to prominence through deception and putting other people down. We were honest and followed the rules. Nonsense!" Massa Washington