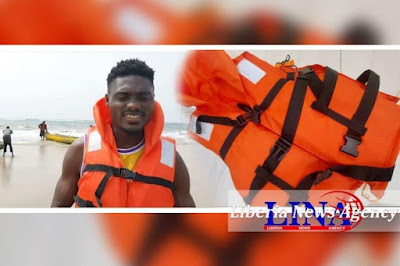 Fishermen from all over Liberia are arrived in Monrovia to take part in President George Manneh Weah's Lifejackets grand formal launch, on Friday, January 20, 2023, in the borough of New Kru Town on the D-Tweh football field on Bushrod Island. According to the Director General of the National Fisheries and Aquaculture Authority (NaFAA), it was a successful lifejacket launch. Each fisherman recieved a free lifejacket from a sitting president for the first time in Liberia's history. According to Madam Emman Metieh Glassco, President Weah has provided the world with a clear picture of Liberia's fisheries potential, drawing financial help from the World Bank, Japanese, and Icelandic governments, among others. Madam Glassco recounted that in 2021, at the official launch of the outboard engines in the port city of Buchanan, fisherman from around Liberia petitioned President Weah for the procurement of lifejackets to ensure their safety at sea. She mentioned that President Weah being conscious of the concerns of the fishermen with regard to their safety at sea and also being cognizant of the alarming death rates, has brought in four forty-foot containers of SOLAS-recommended life jackets to be distributed to each fisherman across Liberia "one life-jacket to one fisherman". She described the imminent distribution of lifejackets as one of the best safety measures the CDC-led administration wishes to put in place for the fisherfolks.