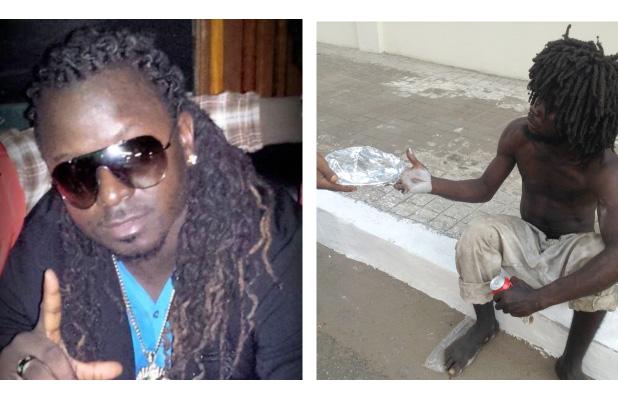 During the month of December, many homeless people received handouts, which included sandwiches and cans of soft drink. Not a day went by that a mouth was not fed, which has been a gesture of kinds that has positively affected the homeless.
Reggae star Black Diamond, who’s been making hits after hits since the start of 2003 and is also a two-time award winner chipped in along with Sarah Monika, an Australian professional, in feeding the less fortunate.
“I decided to help out with the feeding initiative because I believe in giving and being there for those that are in need; the ones who society has forgotten,” Black Diamond said. “We have to become involved in opening opportunities for the next generation and not just focus on ourselves. I do these things because I was in their shoes and would not want to sit around and watch our people go hungry around the holiday season,” he noted.
Hundreds of people have stood aside and watched the helpless received assistance, wondering why anyone would want to care.
“Sometimes we get so caught up in our own lives we forget to help those who really need help. I passed through the same homelessness when I first came back to Liberia and remember how I got out of it,” said Lady Emotionz, who has been responsible for the feeding and has been in touch with Black Diamond and Sarah ever since, trying to find means by which the homeless could be fed. Black Diamond and Sarah has since responded with enough funds to do the job.
“It seems strange to a lot of people that I would go around feeding people who society says is too dangerous to go around. I have not been hurt in the process, but rather thanked and appreciated by these people,” she added. “I’ve even gone an extra mile to continue with my own funds in feeding at least two people a day,” she disclosed.
For his part Black Diamond says this is not the only initiative he has undertaken. Presently, he has an organization called ‘Black Diamond Youth for Peace Project’. A project intended to help spread the message of peace & unity, to also assist with community building and to give scholarships to students.
“Currently, we have 3 students we are sponsoring under the umbrella of the Black Diamond Youth for Peace Project from K-2 until they graduate from High School. You can visit: www.youthforpeaceproject.org for more info. My personal website is www.blackdiamondmuzik.com which will be updated in the coming weeks. And this is my music page on Facebook: https://www.facebook.com/pages/Black-Diamond ,” he added.
Meanwhile, the responsibility of an artist or entertainer should not solely focus on just entertaining its viewers but also giving back. And Black Diamond has been commended by many on the streets of Monrovia for his effort and what he has chosen to do for Liberians.
“God will bless you people for helping me today,” whispered a man who says he hasn’t eaten in two days.
As for me, My name is Black Diamond, a Liberian artist born and rasied in Voinjama City, Lofa County and currently residing in Winston Salem, North Carolina, USA. I have released three full albums: One Love in 2003, My Africa in 2009 and V-City Black Out (Back to the dusty roads) in 2014. I’ve won two awards: Reggae Artist of the year in 2008 and Song of the year in 2009 and an LEA nominee in 2010. Few of my successful/popular tracks have been “Foxy Lady” which did great especially in the US, “Congratulations” a song that was dedicated to Madam Ellen Johnson Sirleaf and all the other candidates who participated in the 2005 presidential elections and which was a call for peace and unity, “I Like 8 Like That”, “Give Em Fire Fire”, “Tango-Tango” and “Ebola” which currently has 127,689 views on Youtube and counting.
Coming from a country which was engaged in civil war for almost 14 years, my ambitions has been to assist the less the fortunate and help spread the message of peace and Unity through my music and other community projects. After almost 15 years in the U S, I decided to take a visit to my mother’s land (Liberia) in March of 2011. While in Liberia, I organized a soccer tournament (Black Diamond Youth for Peace Tournament), along with a musical concerts to raise funds

in assisting students with tuitions, educational materials such as books, pencils etc. The purpose of the concert and soccer tournament was also to bring the youth together and inform them about the importance of education and to highlight the consequences war can have on a country or any nation.