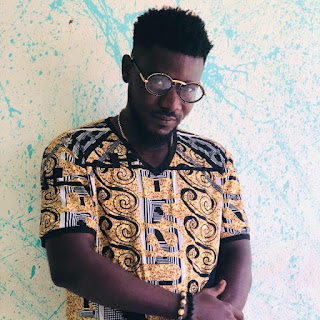 Liberian Producer, Stone Luckshine who was just nominated for the Liberia Music Awards is asking  the Liberia Music Awards (LMA) to remove him from their nomination list, because his work was not nominated for Best Song of the Year, but he was nominated for Best Producer of the Year.
Within the last year, Stone Luckshine produced, Go Down and Feelings by Pck n Lfrankie, Don't Put me there by Soulfresh,Check mark by Kobazzie ft Stunna, Love by Kobazzie n DenG, Grateful by DenG, Red Bank by Soulfresh, Janjay-DenG ft Sarkodie, among others. Check out his post below. 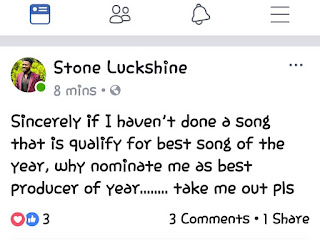