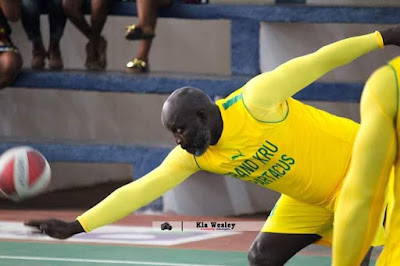 Grand Kru, spurred on by the sport lover, defeated Bong County 3-0 in the Volleyball edition of the National County Sports Meet, which was held at the SKD gymnasium on Saturday.

As the first president to participate in the country's most important athletic event, he has a unique distinction.

George Weah JR, the Liberian leader's son, also showed off his footballing abilities for Grand Kru, but he was unable to help his team advance to the final eight of the competition.