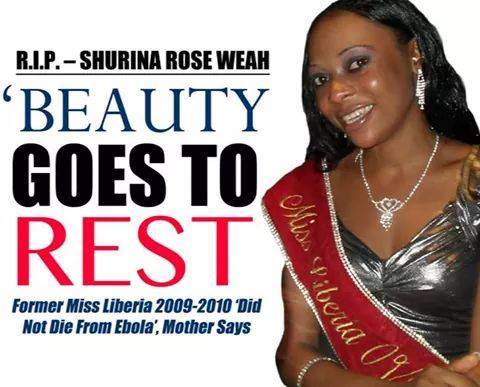 Mother Rosie Dillon-Wiah : “She did not die from Ebola. Shurina had been ailing in the past year and the death of her sister, Toose Sieanyene Yuoh, last week really took a toll on her. After Toose died, she stopped eating and never really recovered. She went to the funeral, but passed out. She was taken to the SOS Clinic and they treated her and said she has low blood. When she saw the body of he...r sister, she dropped again. She had not eaten for a week, that’s why she was weak and she died. When they came for the body, they asked whether she had sore mouth, I said no. She was not vomiting, not bleeding. Then they told us that we had called the wrong rescue team and they took the body away, but there was no sign of Ebola on Shurina, I swear.”