Sweetz didn’t experience love at first sight when she met her sweetheart Rawlo, but after few encounters, she knew he was something special.  Two plus years later, they are still moving strong. 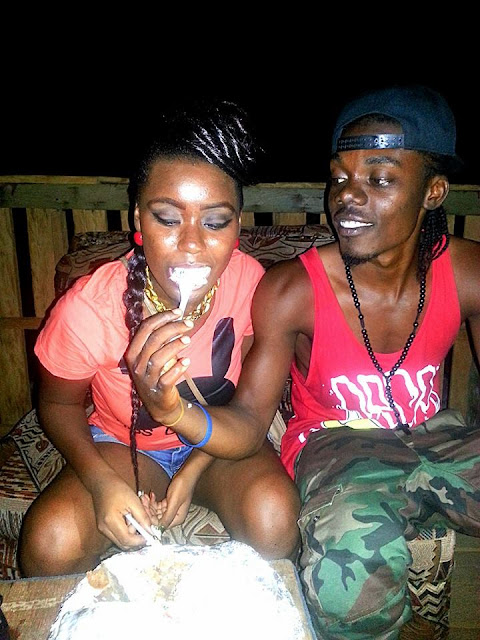 Why She Loves Him:


"My whole interaction with him was business.  We met for the first time to discuss business. I left the meeting feeling disappointed.  I couldn't stand him.  I decided not to work with him.  I felt he was very annoying and he didn't have respect for my musical knowledge.  But,  I had to work with him because, he's a brilliant producer.
I was suppose meet him at the studio but he was running late.  He asked me to meet him at his house.  I got to his house and his hair was a hot mess.  I decided to help him out  and braid him up.  While braiding, we shared stories about our lives and things went all the way to the right.  Over the years, our relationship went from the honeymoon phase to the difficult phase.  The challenges change every year.  I had to deal with the pressure from his friends.  Some felt like I was stealing him away from them.  I feel like he doesn't compromise, we argue and argue, until it doesn't make sense and then we just do whatever.  We have been through a lot and we made it through.  I love him because no matter what, he's willing to hold on to this relationship.  It's like us against the world, we have to deal with people who don't want to see us together and that makes the relationship stronger.  He may be annoying but over all, he's good to me." 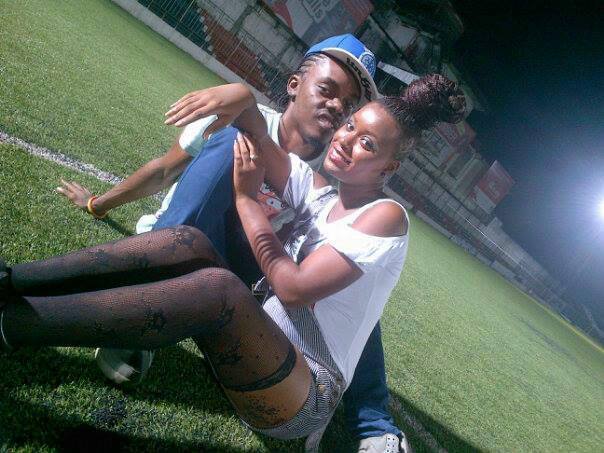 Why He Loves Her:


"The little girl is very crazy.  When she wants something, she wants it and she is going to get it. Even sex, when she wants it and I don't, I have to consider of her feelings and give it to her. When I want sex and she don't, I still have to consider of her feelings and leave her alone.  She always get what she wants or else.  One of the biggest changes I have to deal with in this relationship is her overprotective mother.  Both of my parents died when I was very young. To have a mother in my life telling what I can and cannot do, is a huge adjustment for me.  But even with her craziness and her overprotective mother, I know she's the only woman for me.


Our talent keep us bonded. The end result is extraordinary.  Each time I want to go, I think about the work we together. She knows that we are in this for the long haul. I love her for that."

Why We Love Them: The world is losing its value for commitment.  Everyone is looking for the easy way out.  It is always an inspiration to see couples fighting to stay together and make things work, especially young couples.  Liberia is a closed society.   Most Liberian entertainers are not willing to let the media into their personal lives.  C Liberia clearly is always excited to interview those entertainers who are willing to use their lives as an example for the young ones coming up.
Last Words From Sweetz: "Our three years anniversary is coming up soon, I just want to say to all his groupies out there, I do see you guys in his inbox, he's mine, back off."