"Esther is so beautiful everybody wants to rape her": Kenyan political show dropped after male guest makes rape remark

Former CNN journalist Jeff Koinange was hosting Miguna Miguna and Esther Passaris on his programme when the comments were made. 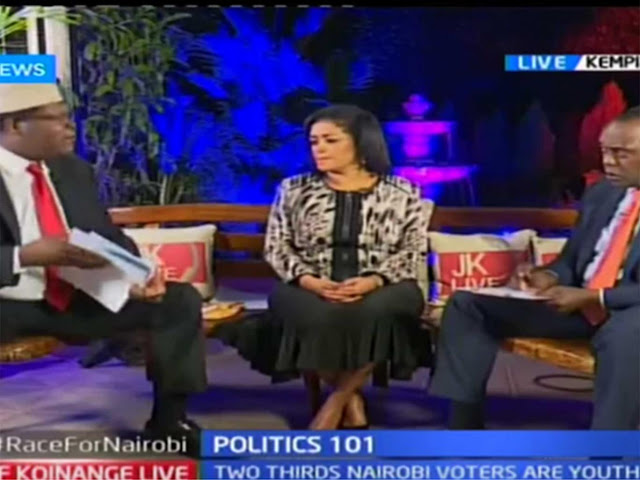 A political television show in Kenya has been dropped after a male guest made a rape remark about a female guest.

A political television show in Kenya has been dropped after a male guest made a rape remark about a female guest.
The show, hosted by former CNN journalist Jeff Koinange, had Miguna Miguna and Esther Passaris as guests - both of whom are contenders for the Nairobi governor seat.
Mr Miguna said "Esther is so beautiful everybody wants to rape her", in an off-air personal attack.

"You are chasing men all over, nobody wants you," he continued, the BBC reported. "You think you're beautiful, you are not. Esther is just colour. Without colour you are nothing."
"A woman who has absolutely no integrity. A socialite bimbo whose only claim to fame is because she is looking for billionaire sponsors,” he said, according to Metro Afrique.
Ms Passaris accused Mr Miguna of being racist and tweeted after the show: “Men like Miguna have no place or role to play in our empowerment. He is part of the problem."


Mr Koinage, the host of the show, apologised for the incident and said he would “man up” over what had happened.
"It was regrettable in most parts but again it was one show out of 300 we've done here at KTN for the last three years," he said.