US begins deportation of Liberians 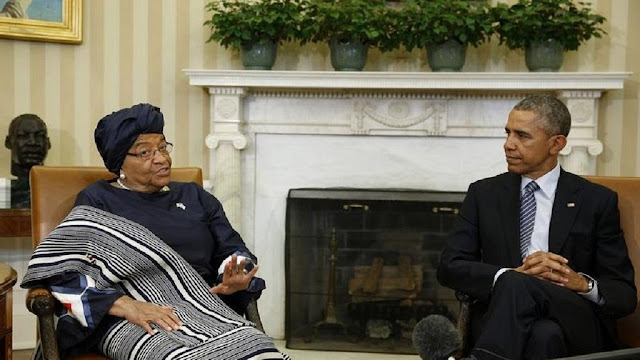 The United States (US) government has begun a deportation exercise of Liberians. The first batch of about 20 people landed in Monrovia, Liberia’s capital, on Wednesday.
Persons been brought back to the west African country are classified as “undesirable” because they have committed various crimes or offences. By the end of the exercise, between 100 and 200 will be deported, the BBC’s correspondent reports.
Speaking on public radio station, Liberia’s ambassador to the US, Jeremiah Solunteh, disclosed that 53 of those to be deported have already “been processed” and are awaiting deportation.
Incidentally, whiles some are being brought home, tens of thousands of others are rushing to meet a November 7 deadline for partaking in the annual US government’s diversity visa lottery – the lotto gives non-Americans an opportunity to live and work in the US.
The Diversity Immigrant Visa program is a United States congressionally mandated lottery program for receiving a United States Permanent Resident Card. It is also known as the Green Card Lottery.
The lottery is administered on an annual basis by the Department of State and conducted under the terms of Section 203© of the Immigration and Nationality Act (INA). Section 131 of the Immigration Act of 1990 (Pub. L. 101-649) amended INA 203 to provide for a new class of immigrants known as “diversity immigrants” (DV immigrants).
The lottery makes available 50,000 permanent resident visas annually to natives of countries deemed to have low rates of immigration to the United States.
As far back as the 19th Century, Liberia was founded by freed black slaves repatriated from the US following the end of the trans-Atlantic slave trade.
Today, there are thousands of Liberians living in the US under a government policy referred to as the ‘Temporary Protection Status.’ Most of those who qualify under the status live in the US as a consequence of the civil war that ended 13 years ago.