Cecil The Lion, one of Africa's most famous lions, is dead after being illegally hunted by an American dentist, who paid $55,000 for the opportunity, according to the telegraph.
Walter Palmer has been named as the hunter responsible for killing Cecil, a 13-year-old black-maned lion who lived in Zimbabwe National Parks and was a tourist favorite. 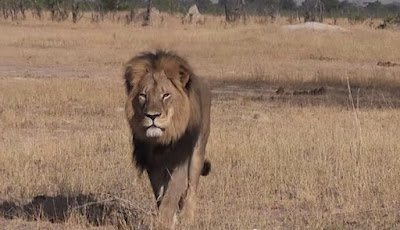 What’s even more upsetting is that 24 of Cecil's offspring are likely to be killed by other lions, according to preservationists.
The lion was lured out of the park by Palmer and than shot with a bow and arrow. Cecil then spent the next 40 hours wounded and trying to run away before being finished off with a rifle by the hunter – Then he was beheaded and skinned to be used as a trophy. 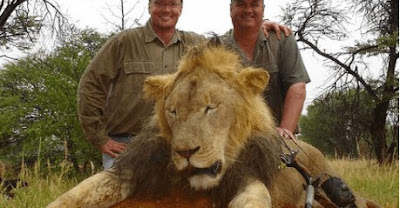 Both Cecil's head and skin have been confiscated by officials to be used as evidence.


Zimbabwe National Parks have said Ongoing investigations to date, suggest that the killing of the lion was illegal since the land owner was not allocated a lion on his hunting quota for 2015.
Theo Bronkhorst, the professional hunter with Bushman Safaris who allegedly assisted the dentist in Cecil's pursuit, is reported to have admitted the incident to the Parks and Wildlife Management Authority, saying he made a mistake. Both Bronkhorst and the landowner are under arrest and due to appear in court on August 6th. 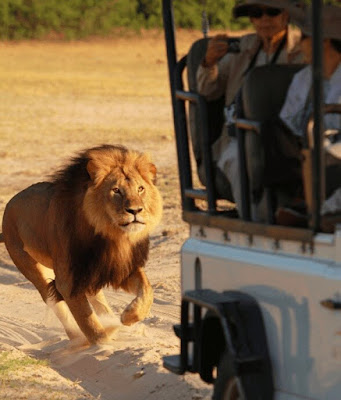 A tragedy that we are taking something that belongs to future generations and shooting these animals just because somebody is on an ego trip and they can afford it, Johnny Rodrigues, the chairman for Zimbabwe Conservation Task Force, told Mashable. How do you bait an animal out of its habitat to kill it and consider it legal?