Liberian-American relations: A new engagement model of trade and investment 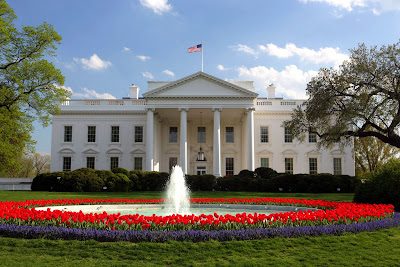 There is no country on the planet with more blood ties to the United States of America than the West African nation of Liberia. Today, my country Liberia desperately needs U.S. assistance, but not necessarily how aid has been offered in the past.  Liberia needs more trade and investments with the U.S.  We can accomplish that by preparing Liberians to participate fully in the globalized economy.
The United States played a pivotal role in the formation of Liberia and has continued to support my country’s development for nearly 200 years.  In 1816, Reverend William Finley, a  pastor  from Basking Ridge, New Jersey influenced several American luminaries  to form the American Colonization Society  for the expressed purpose of sending  freed slaves to Africa.  Finley convened a meeting of James Monroe, Bushrod Washington, Andrew Jackson, Francis Scott Key and Daniel Webster  at the Davis Hotel in Washington D.C.    Henry Clay led the proceedings, with John Randolph and Richard Bland Lee also present.

ADVERTISEMENT
Finley and his associates influenced the United States Congress to support the ACS with 100,000 dollars.   The funding led to the formation of Liberia and by 1822 the first group of freed slaves reached the shores of Africa.    Liberia declared its independence on July 26, 1847.  It took 15 years for the United States to recognize Liberia’s independence, but it has long supported our development  Much support lately has been in the form of official direct assistance (ODA), which helped to stabilize Liberia in the post-civil war period.   Unfortunately, ODA has not promoted stronger trade and investments between the two countries. Certainly, ODA is impactful in improving governance, security sector reforms and in   building capacity in the public sector.  We appreciate the level of U.S. aid over Liberia’s history, especially in the peace-building efforts since the war ended in 2003.  We are grateful for the U.S. intervention during the Ebola outbreak in 2014.  President Obama put at risk nearly 3000 American troops to help stem the spread of the virus.
From 2003-2012, more than 5.1 billion dollars in aid was spent in my country’s name.    Total ODA disbursed to Liberia just in 2012 was 571 million dollars.  Over 510 million dollars was spent on peace keeping.  According to USAID, it disbursed 197.8 million dollars in aid to Liberia in 2013.
No one can deny that progress is being made in the human condition in Liberia, with the support of the international system, led by the U.S.   But there is a flip side, which is difficult to grasp due to the level of extreme poverty still obtaining in Liberia.  Twelve years after the end of its civil war, my country is one of the poorest on the planet, even with such massive support from the international community.   We are 175 out of 187 countries on the Human Development Index.  Liberia is the fourth poorest country by per capita GDP.  Our educational system is broken.  Most high school graduates cannot pass standardized tests designed for eighth graders, in order to enter college.     We are one of the most food insecure countries in the world.  1 in 5 people is food insecure, with nearly 40 percent of children stunted or wasted, in the midst of vast arable land and water resources.  Maternal mortality has recently risen to 1072/100,000 from 994/100,000 births.
Clearly, aid supported the provision of basic services and stabilized Liberia, but market driven solutions can propel substantially more improvements in livelihoods.   The U.S. is not trading much with Liberia, despite the signing of a trade agreement in 2007.  Liberia qualifies to participate in AGOA, but the country’s export to the United States is miniscule.  Rubber alone was   91 million dollars out of total exports of 97 million dollars in 2012.  Total two way trade between the two countries was only 270 million dollars in 2012, with just 1 billion dollar in foreign direct investment (FDI) stock from the U.S.
I am convinced that Liberia and the United States can develop stronger commercial ties.  The possibilities are limitless in technology transfer, infrastructure development, with special emphasis on sustainable energy development, agriculture,   telecommunications, hospitality, tourism and real estate.  Moreover, Liberia and the United States are not fully integrated financially, although, there is a considerable amount of inward and outward remittances between the two countries that are mostly for family support and not trade and investments.
Liberia can develop a financial architecture to support its development with critical support from the U.S., in order to attract American investments in Africa with Liberia being the financial intermediary.  Instead of Liberia being a basket case perpetually on the dole of American taxpayers, Liberians can become owners and workers in joint ventures with American partners, cementing 200 years of blood ties.
Urey is a Liberian businessman, philanthropist and politician.  He is a graduate of the University of Southern California.