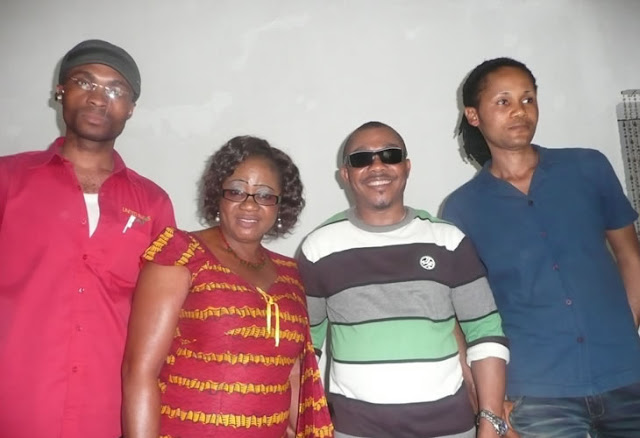 A group of Nigerian entertainers arrived in Liberia few months ago on a talent hunt. The Sunshine Movie Production and the African Child Project in collaboration with ECOWAS Women in Liberia will recruit talented Liberians in an effort to improve movies production.

The Nigerian entertainers were brought to Liberia by the ECOWAS women in Liberia, headed by Juliana Nwabudika.  She met Sunshine Production and ACP during a visit in Nigeria and has been pursuing them to come to Liberia for some time now. “We want to collaborate with them to see how we can expand the entertainment industry; we want Liberian movies to fit in the mainstream of Africa and the World theater act,” Nwabudika said.

The CEO of Sunshine Entertainment, Erondu said that most African nations are focusing attention on natural resources rather than their God’s given talents. “There is something in me and in us that will give us what oil cannot give us, Africans are talented, we are gifted we have skills,” Erondu added. Erondu said, the talent hunt will discover hidden young people that are talented, adding that they could be the next Frank Atus.
Interest in Liberian movies has increased over the months with many criticizing the quality of movies being produced. Critics say one Liberian production makes over three to four movies a month, leaving no room for quality.

Most of the movies being produced are comedy movies. Some Liberians argued that though the quality is low, it was the same for Nigeria when they started, believing that Liberians movies will improve over time. But a Nigerian movie producer, Erondu said that Liberian movies have a long way to go.

“Liberia entertainment is nowhere, if you go to the world of entertainment, we have come here to join hands with Liberians to brush them up,” Erondu added. Erondu continued: “We are not going to set up an industry; we are going to bring Liberians with talent up like Frank Atus and Van Vickers.”

Well, Juliana Nwabudika should focus on building a Liberian movie industry, instead of seeking stars for an outside industry. Liberia has movie producers in and out of Liberia that could produce quality movies with if the right equipments.  Don't seek the next Frank Atus and Van Vickers, build an industry that will benefit the present and future generations.  There are many Frank Atus and Van Vickers in all parts of Liberia, Liberia is loaded with talent, at home and abroad, but there is no industry.  Building an industry should be our primary focus.