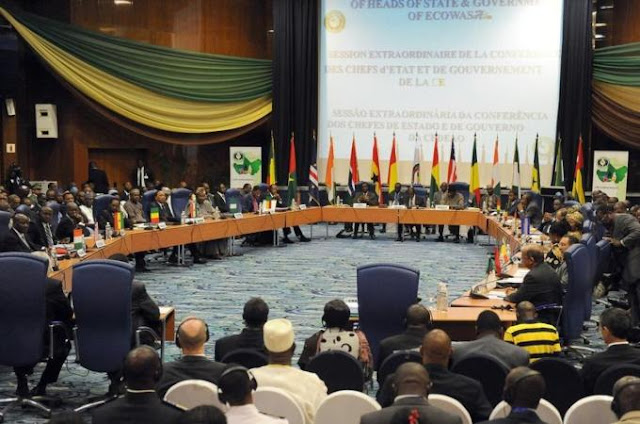 The ECOWAS Parliament has elected one of its five Liberian members as one of four Deputy Speakers for the Parliament.
According to a dispatch from the Liberian Embassy in Abuja, Representative Jefferson Kanmoh (Sinoe County) was elected on a white ballot as the 3rd Deputy Speaker for the 115-Member Sub-Regional Parliamentary group.
Representative Kanmoh’s election means Liberia is now one of the four Deputy Speakers who will aid the Speaker in running theaffairs of the Bureau. The Bureau comprises the Speaker and four Deputy Speakers who serve as the governing board of the Parliament.
The dispatch says Representative Kanmoh’s election took place Friday, February 5, 2016 during the second day sitting of the ongoing Fourth ECOWAS Legislature (2016-2020) in Abuja. The Session which convened on Thursday, February 4 ends on Tuesday, February 9, 2016.
Earlier, on Thursday the Parliament unanimously elected the Second Deputy Speaker of Senegal, Mustapha Cisse Lo, as its new Speaker, replacing the outgoing Deputy Senate President of Nigeria, Ike Ekweremadu.
“This is a great achievement for Liberia because it is a confirmation by the Sub Region about Liberia’s leadership capacity. It’s parliamentarian diplomacy in the Sub Region”, Representative Kanmoh stated.
Since the ECOWAS Parliament’s inauguration in 2000 in Bamako, Mali before moving to Abuja in 2001, Liberia has never held any high-profile post except for occupying the post of treasurer in the Bureau during the First Legislature of the Parliament.
The dispatch says Representative Kanmoh’s decade long experience at the Parliamentand Liberia’s non-occupation of a major post were major factors that led to him being unanimously elected by his colleagues.
“At the highest level of the leadership of the Parliament, we will be able to provide guidance as to which direction the Parliament will take in the next four years”, the new Third Deputy Speaker speaks of his expectations.
His functions, among others, include providing policy direction and guidance for the Parliament.
He continued: “The type of leadership we will provide at the Bureau will go a long way in determining the quality of what the Parliament will be able to achieve within the timeframe given us.”
The Sinoe County lawmaker appreciated and thanked his colleagues in the ECOWAS Parliament for the opportunity to serve the people of West Africa.
Representative Kanmoh also more importantly extended his thanks and appreciation to his colleagues back home in the Liberian National Legislature for the opportunity of constantly electing him to represent them at the level of the ECOWAS Parliament.
Other Liberian legislators at the ongoing Session include Senators Prince Y. Johnson (Nimba) and George M. Weah (Montserrado). Others are RepresentativesHaja Fata Siryon (Bomi) and Edwin Melvin Snowe, Jr. (Montserrado County) who were all very instrumental in helping their compatriot get the vital post.
Earlier, the Speaker of the Liberian House of Representatives, Alex J. Tyler, graced the opening ceremony on Thursdayas one of the invited Speakers from the ECOWAS region.
The ECOWAS Parliament consists of the Plenary, a Bureau and a Conference of Committee Bureaux.
The Plenary is the highest decision-making body of the Parliament. The Bureaucomprises the Speaker and four Deputy Speakers as the governing board. The Conference of Committee Bureaux represents all committees of Parliament with a General Secretariat to provide support services.
The ECOWAS Parliament sits in session three times a year with two ordinary sessions in May and September. There may however be an extraordinary session at any time in the course of the year to discuss an urgent, specific agenda.
All 115 members of the Parliament are elected from amongst Members of the various National Assemblies or Legislatures of Member States for a period of four years.