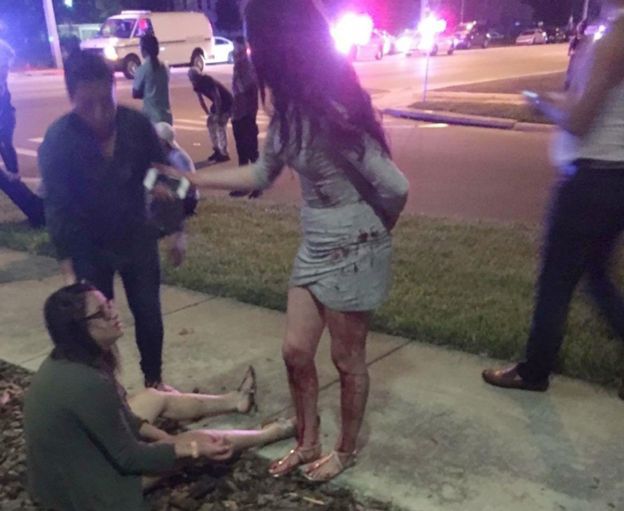 No fewer than 50 people have died following a shooting in a nightclub in Orlando, Florida on Saturday.
Another 53 people were reportedly injured forcing the city mayor to declare a ‘state of emergency’.
The gunman who himself was killed after taking hostages has been identified as Omar Mateen.
This comes barely 24 hours after music act, Chrisitina Grimme, was shot to death while signing autographs after a concert in the same city.
Officials say the killings may have been ideologically motivated even though Mateen has not be linked with any particular group.
The attack which police have described as an act of terrorism is said to be the worst mass shooting in recent US history.
‘Today we’re dealing with something that we never imagined and is unimaginable,’ Mayor Dyer told the BBC.
He added that there was ‘an enormous amount of havoc’ and ‘blood everywhere’.
This post first appeared on NEWSROOM.