Three Australians among group of mine workers kidnapped in Nigeria 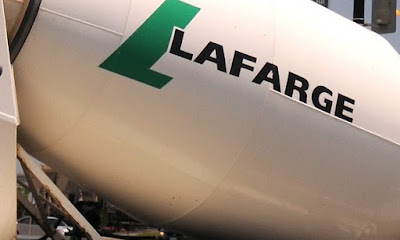 Three Australians and one New Zealander are among a group of mine workers kidnapped by gunmen during a deadly attack in Nigeria.
The Australian prime minister, Malcolm Turnbull, confirmed the men, who are believed to have been working for Perth-based mining company Macmahon Holdings, had been captured near Calabar in Nigeria’s south.
The families of those taken have been notified and the Australian high commissioner is at the scene, he said.
“We don’t know at this stage the identity of the kidnappers,” Turnbull told reporters while campaigning in Geelong.
Turnbull said three of the kidnapped men were Australian and the fourth a New Zealand citizen who had Australian residency.
Their local driver was killed during the attack on the group’s vehicle. Another Nigerian and one South African were also reportedly kidnapped.
Irene Ugbo, a spokeswoman for Cross River state police, earlier said two expatriates managed to flee, adding that she did not know the nationality of any of the workers feared still held. The kidnappers had not contacted police, she said.

The kidnapped men were contractors for cement company Lafarge Africa and were attacked around 5.30am local time on Wednesday, police said.

Advertisement
Lafarge Africa said it was informed of the incident by Macmahon, which carries out quarrying operations at the UniCems joint venture cement plant in Mfamosing near Calabar.
Macmahon Holdings has put its shares in a trading halt on the Australian Securities Exchange ahead of an expected announcement about the kidnapping.
Australia’s foreign affairs minister, Julie Bishop, said the government was in close contact with the Nigerian government, which was taking the matter extremely seriously.
She said she had spoken with the heads of Macmahon and Australia’s ambassador in Nigeria. “We have some understanding of what occurred but I won’t go into too many details lest it affect the outcome,” she told reporters.
“We are treating this extremely seriously, as I understand is the Nigerian government, and I will continue to remain in contact with our ambassador and at the appropriate levels within the Nigerian government.”