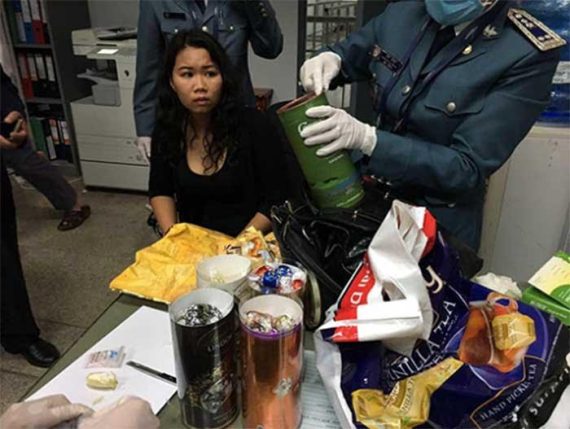 A Cambodia court has sentenced a 22-year-old Thai woman to life imprisonment for trafficking 2.5 kilogrammes of cocaine from the United Arab Emirates.

Amphawan Kaewkanlaya claimed she was tricked into carrying the drugs by her Nigerian boyfriend's older brother. She was also fined 60 million riel (about 535,000 baht). 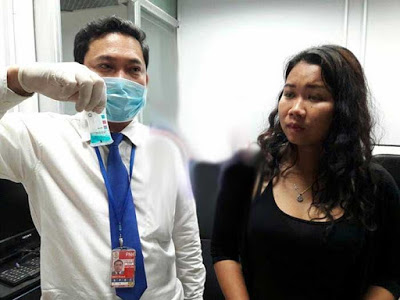 Police found packages of cocaine, totaling 2.5kg, hidden in boxes of Lindt chocolates in her luggage.

"The court has decided to give her a life sentence and a fine of 60 million riel to be put in the national budget," Phnom Penh Municipal Court presiding judge Heng Kessaror said in passing judgement on Thursday, January 5th.

"The court orders the confiscation of the drugs seized and other drug-related material to be destroyed," he added.

Amphawan said she would appeal the judgement and maintained she was innocent. During her trial last month she said she was unaware the package she accepted from her boyfriend’s brother, the boxes of Swiss chocolates, during her visit to the UAE contained drugs.

"It is so unjust for me. I will consider my appeal of the judgment to the Appeal Court,"she said.
During her trial last month, Amphawan said she traveled from Thailand to Dubai in March to visit her Nigerian boyfriend, Uche, and his family there.

Her boyfriend had paid for her airline tickets, visa, food and accommodation, she said. Before returning home last month, she was given the boxes of Lindt chocolates by Uche’s older brother, whose name she could not recall. He had asked her to take the chocolates to a friend of his in Cambodia.

She said she became aware the hidden drugs only when she was detained at Phnom Penh International Airport and police inspected the boxes.

Police seized 2,594 grammes of cocaine and  charged her with transporting an illicit drug, possession and trafficking.