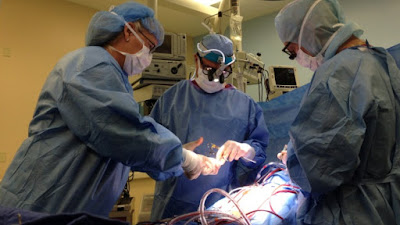 Three children from Liberia, with congenital heart defect, have undergone free heart surgeries successfully at a private hospital in India.

Lisie Hospital, pioneer in the field of cardiac care in the state, said as a gesture of goodwill it has joined hands with Moolan Foundation and Rotary Club of Cochin Global to perform free heart surgeries for the three children.

The hospital in a release said today it has added another feather to its cap by providing "Care with Love" to children with heart disease from Africa.

The children, aged from seven months to eight years, were under the treatment of Dr Sia Wata Camanor, a paediatrician at the John F Kennedy Hospital in Monrovia. "The Ebola outbreak more than a year ago had drastically reduced the medical services in the country and children with heart disease had been dependent on other developed nations for treatment. We chose India as a destination for cardiac care because it is affordable and provides quality care," the release quoted Sia Wata as saying.

Their treatment was carried out by a team of doctors, the release said.

Congenital heart defects are the most common birth defects affecting 1 in 100 children, according to the release. The patients, accompanied by their mothers, were today given a warm send off by Kerala Health Minister K K Shylaja, Cardinal George Allencherry, former MP P Rajeev, and Director of the hospital Thomas Vaikathuparambil, among others.

(This story has not been edited by C Liberia Clearly staff and is auto-generated from a syndicated feed.)