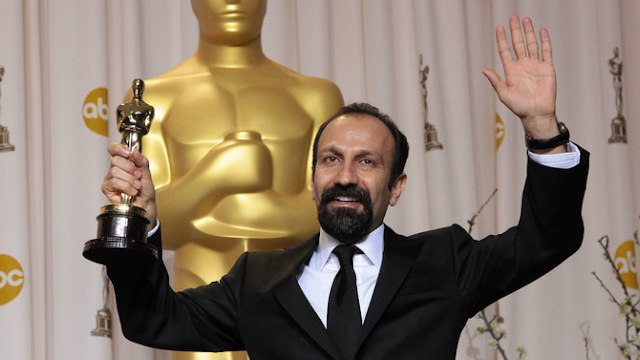 Iranian filmmaker Asghar Farhadi, who wrote and directed the 2017 Oscar-nominated foreign language film “The Salesman,” would not be able to enter the U.S. for the awards under President Donald Trump’s recently enacted travel ban, according to reports on Saturday.
Trump signed the executive order on Friday afternoon to suspend entry of refugees to the U.S. for 120 days, and imposed an indefinite ban on refugees from Syria. A 90-day ban was also placed on citizens of seven predominantly Muslim countries: Iran, Iraq, Libya, Somalia, Sudan, Syria and Yemen. The 2017 Oscars will take place on Feb. 26.
Farhadi’s film “A Separation” won an Academy Award for best foreign film in 2012. “The Salesman” — the title a reference to Arthur Miller’s “Death of a Salesman” — tells the story of a young couple who play the lead roles in the play.
“For the moment we don’t know anything yet. It’s total chaos. Some people are saying he [Farhadi] will be allowed to go, and some are saying he won’t,” said Iranian actor Babak Karimi, a cast member of “The Salesman,” in an email.
“We have to wait a few days to see how things develop,” added Karimi, who in the movie plays a theater troupe member named Babak and was part of its red carpet delegation in Cannes.
Asghar Farhadi did not respond to repeated requests for comment. He was expected to attend pre-Oscars events in Los Angeles this month. A rep for Cohen Media Group, which on Friday co-released “The Salesman” theatrically in the U.S. in tandem with Amazon Studios, also did not respond to a request for comment on the prospect that the director may be unable to enter the U.S.
On Thursday, after Trump proposed the bans, Iranian star of “The Salesman” Taraneh Alidoosti announced that she would not attend the awards as a boycott.
“Trump’s visa ban for Iranians is racist,” she wrote. “Whether this will include a cultural event or not, I won’t attend the #AcademyAwards 2017 in protest.”
Although it did not occur under Trump’s strict ban, another Academy Award-nominee ran into trouble in 2013. Emad Burnat, the first Palestinian documentary filmmaker to be nominated for an Academy Award, was detained by immigration with his family at LAX, and released after question.
Source: VARIETY