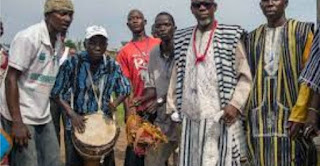 
The National Council of Chiefs and Elders of Liberia (NACCEL) has frowned on early child Marriage in Liberia, calling government to take action against the practice here.
Leaders and members of the council spoke at a dialogue Tuesday, 8 January in Monrovia, requesting government to put stop to any other harmful traditional practices against women and children.
The dialogue was organized by NACCEL in collaboration with the Ministry of Internal Affairs with support from the United Nations Population Fund.The group recommends that government takes immediate action in stopping teenage pregnancy by denouncing early child marriage in all sectors of society.
The comments from the traditional leaders were contained in a declaration on ending teenage pregnancy signed by Chiefs of the 15 counties at the close of a recent traditional leaders’ dialogue in Monrovia.
They note however that it is their right to know their tradition which they are charged to promote and protect in a positive manner.According to them, traditional leaders should be accorded the necessary recognition and authority in their advisory role in making the necessary laws to facilitate the prevention of teenage pregnancy.
They maintain that measures should be put into place to reprimand traditional leaders who support practices that promote teenage pregnancy and early marriage, as well as the perpetrators.
The NACCEL members stressed the need to develop a roadmap to implement at the national, county, district and community levels compulsory and free education, including healthcare in Liberia.

By Ethel A. Tweh–Edited by Winston W. Parley﻿