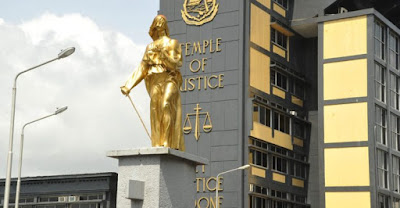 Police in Grand Kru County are interrogating the City Solicitor of Barclyville Sauda Blamo and three other persons, including a clan chief in connection with the death of a man identified as Oldman Beah, 25.
The deceased reportedly drowned on December 30, 2018 in the Dorbor River in Bottoh Poe town, Bolloh District, Grand Kru County. His remains were discovered on December 31, the following day.
According to the Police, City Solicitor Blamo allegedly ordered the burial of the late Oldman Beah without proper investigation.
The victim, who hailed from Nimba County, was working at a goldmine in Grand Kru when he me met his demise.In a related development, Police in Grand Kru have also charged a 40-year-oldman Arthur Teah with rape and aggravated assault for sexually abusing a 66-yearoldwoman Theresa Popoe on New Year day, January 1, 2019.
The accused reportedly escorted the victim on her way from an entertainment center and raped her on a football field in the county.Meanwhile, a 45-yearold school teacher Gbata Blamo is being held by Police for beating his wife and breaking two of her teeth after he accused her for engaging in extra relationship.The woman, Esther Jlateh, 32, is demanding that her teeth be put back or else, her friends may laugh at her.﻿