According to Liberian promoter, Jamaal Sonpon, a member of the team that was bringing in Wizkid Liberia, claimed that someone in Liberia told sabotage the Wizkid Concert that should have been held on March 2, 2019.  According to Jamaal Sonpon, in a live video he hurriedly deleted, Wizkid actually signed the contract, everything was set, but the Nigerian artist cancelled the concert based on some unpleasant news coming in from Liberia. 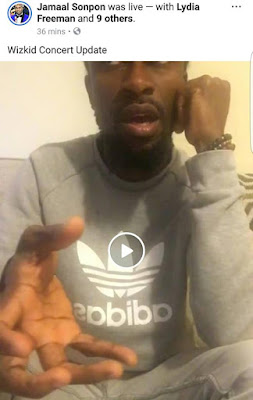