Honor is just as important to give as constructive criticism.  Before writing about some of the mistakes DenG made during his career, let me give him his flowers.  DenG is an amazing singer and also, an amazing songwriter. I wish someday, he will get awarded for his songwriting talent.  Unfortunately, this article is about some of his weaknesses.

Many famous people use social media as a platform to do good and to use their voices to create positive change, but some don't. From making problematic statements to trying to get attention, some demonstrate a complete lack of self-awareness. DenG had made a household name for himself over the years, portraying a positive image that drew many to his music. Within the last year or two, things started to go down hill, as his fame grew.  Check out few mistakes DenG made online during the course of his career. 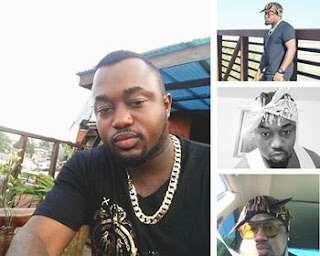 1. Sudden image change: Entertainment business is very very tricky.  It is very easy to turn fans off. Yes, there are die-hard fans, but those make up about 25% of your fan base. The rest are interested in what you are selling, than who you are behind the scene. Most of DenG fans fell in love with his inspirational music and his "good boy" image. The moment he started to change is image from a "good boy" image to a "thug",  through his dress code, he started losing some of his fans. 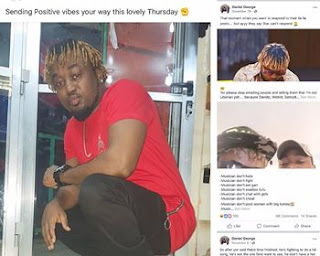 2. From positive to negative: DenG vibe changed over the years, which also affected his fan base. DenG went from an inspirational public figure who parents wanted their kids to look up to, to an artist who was using his platform to throw shade on his rivalries.  That is not the online presence his fans expected and that brought some level of disconnect.

3. Portraying to be a player: Micheal Jackson fans didn't want to see him as a player, they saw Micheal as a gentleman, that cute little boy who grew up in a home and not the streets, and the same goes for DenG. DenG fan base is not just limited to young men, he also had a lot of mature fans. He was looked at as a mature, wise artist. When he started to play the "playboy" character online, with photos of him flirting, that also drove some of his fans away.

A rap artist is expected to sell an image that gives him street credit, a pop artist will want to sell an image that gives him gentleman credit, and a gospel artist will be expected to sell a holy ghost fill image. The message you are selling to the world through music, must match your public image.  All in all, DenG is a talented young man who needs to understand that he is selling a whole package, and the contents within that package can not be contradicting.