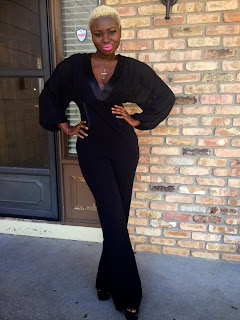 Munnah Nagbe is opening up about her struggles as an artist.


In an interview on the phone with Ms. Nabge, the Lib Princess talked about how hard it is, breaking into the African music scene as a female.  She explained what she hopes to do with her talent, and revealed her ambitions for the Liberian Music industry. 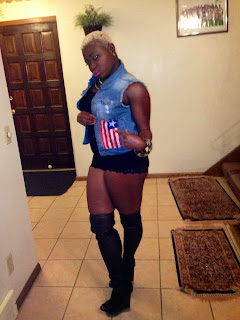 Do you consider yourself as a Liberian artist?
I don’t like to limit myself.  Musically, I am a musical artist who is original from Liberia.
You have been compared to Mary J. Blige.  Are you trying to imitate her?
I’ve never idolized Mary.  My idols were Toni Braxton, Whiney Huston and Lauryn Hill. I’m not trying to imitate anyone.  I’m just being me and not caring about what people have to say.  I represent my name.  Most Munnah’s are sassy.
Which genre of music fits you?
I sing World Music.
How did you earn the title, Lib Princess?
I am a real life princess.  My father told me that my great grandfather was a king in Gbacongela (not sure of the spelling), grand kru county, Liberia.  It’s an area in grand Kru, and is full of gold.  I inherited my great grandfather’s position. 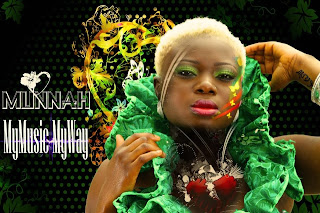 If you are a real life Liberian princess, representing Liberia, how do you represent Liberia in your music and fashion?
I’m not your average princess.  I am a modern day Liberian princess.  I break all the rules and expectations.  I’m tired of folks telling who I am, how to dress and how to sing.  Growing up, that is all I dealt with.  I’ve come to realized that nothing else sells than being you.  If I’m going to do this as Munnah, a modern day Liberian Princess, I have to do it my way.  No rules, no expectations.
How many albums have you produced?
I don’t have an album out but I have two EP’s out.  The first one has about seven songs and the newest has ten songs.
Tell me about the title of your newest Ep.
“My Music My Way,” is all about my struggles in the industry and finding myself as an artist.  I wrote all the songs and all of them relates to my life.
Let’s talk about your experience during your trip back to Liberia?
I went to Liberia for the first time, in 2012, after 13yrs living in the States.  I fell in love with my country again.  I felt alive and free.  Being in Liberia give me a desire to help structure the entertainment industry.
I’ve heard that you are difficult to deal with, when it comes to booking you as an artist?
I’m not difficult, I just know my worth.  I’m aware that I’m not yet at a million dollars level but I’m also not at the $600 for 3 shows level.  Liberian promoters like to undermine the artists because they know we are struggling.  If I’m working, it has to be worth something. You can’t tell me to do three shows for only $600.  I have to buy clothes, feed my son and pay for the music.  I’m not a slave, it cost money to make the music and put together my image.  I know what I worth and I worth more than $600 dollars for three to five shows.
Let’s talk about love, who’s the man in your life?
I have a three year old son.  I was in a relationship with his father but it didn’t work out. Every woman wants to be with the man she has a child with.  I’m a romantic person, I believe in true love and I was very disappointed when the fairy tale didn’t work out as I expected and folks told me that’s life.  I don’t have a man right now because I need to concentrate.  When I’m in a relationship, I want to be in it and be able to give it my full attention.  At this stage in my career, I won’t be able to do that.  Men won’t allow a girl to hold them down but women will allow a relationship to hold them down.  I don’t want a relationship to hold me down.
What is your perspective on the Liberian music industry?
We don’t have an industry because we don’t have support and investors.  Liberians will see investment in a talent and won’t take a chance on it.  They rather lavish their money on expense things, so folks can say, “that man or woman boiling ooh.”  The lack of investors is killing us.  One more thing, anyone can throw their voice on a track, add some auto tone to it and called themselves Liberian artist and we have promoters pushing them out there.  At the end of the day, you want your best out there.  Let those want to be artists stay in the back and nurture their talents, give themselves time to mature as an artist and let the promoters focus on the ones with real talent.  Even if we have only five good ones, promote those five and push them out there, so that we can have the best to brag about, when talking to foreigners about our music.
Which Liberian artist would you like to work with?
Jodi Clarke, I will love to work with him. I admire his work.
Do you see yourself working with one of the older Liberian artists?
I really care less about the older Liberian artists because they don’t embrace the young artists. I’ve reached out to few traditional artists, including Friday the Cellphone man, they haven’t given me the time of the day.  I was at an event with one of the older traditional musician, I went up to her and asked her for us to collaborate, and she didn’t give me the time of the day.  It is not a competition.  I’ve never seen the older artists giving support to the younger artists.  I’ve never seen them at any of the young artist’s concerts.  Majority of the young artists imitate foreigners because the older Liberian artists are not around to imitate.
What’s next for Munnah?
I really love doing what I do, this is my life, and I’ve been doing this since I was little. I’m going to keep doing music and I’m not stopping.  If I didn’t have music in my life, I don’t know what I would do.  I do have other projects, like the Brooklyn Park Heat reality show and many more, I had to put those on hold because of the lack of funding.  My primary focus right now is my music.
Booking information
Mirah Bradford
682-651-5554
TopazTigerEnt@gmail.com