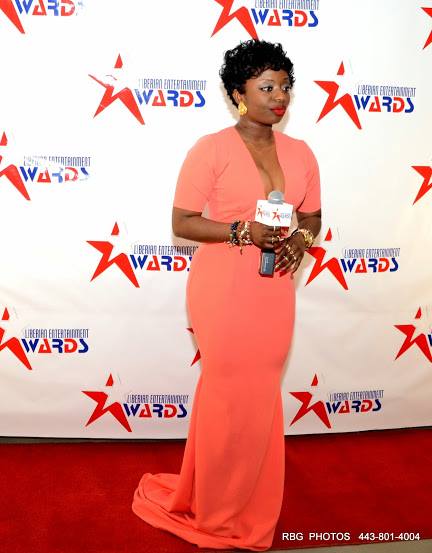 Ciata Diggs aka Choicy Di, Liberian Entertainment Awards Hostess
Choicy Di will be hosting the Liberian Entertainment Awards (LEA) 2015 red carpet for the 7th time.  Choicy Di has become a household name for the LEA red carpet. She was approached in 2008, by the CEO of the LEA, after she hosted the "Boys and Girls of the 18" reunion.  Choicy Di has an experience in radio, she worked with Mighty Wall from DC 101 and worked at Kiss Fm. 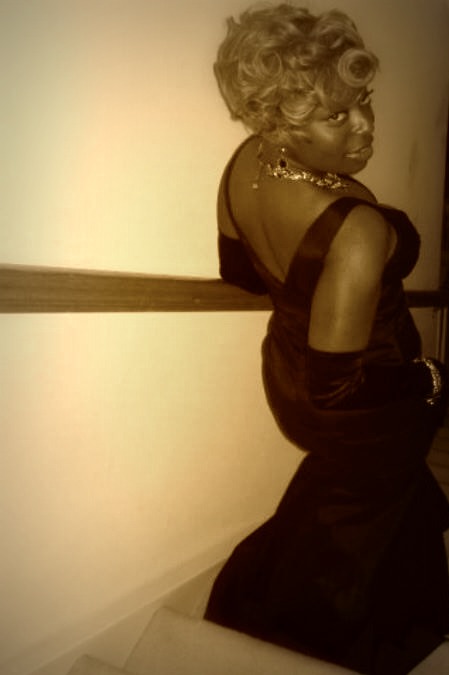 1st LEA Red Carpet 2008
Looking back at her first experience, Choicy Di admits, "I was terrified but up for the challenge.  I could not breathe.  I went on the internet researching interviews.  What I found, at that time, I could not use,  I had to use the basic, because the Liberian Entertainment industry was at its embryo stage, which we stay are but a little stronger than those days.  Getting dress-up is my favorite.   The first year was the best dress because it was my first year, we went for old Hollywood glamour and it turned out so well.  The red carpet was something new we were introducing to the Liberian people and it was chaotic, every now and then, the cameraman stopped rolling, talked to me and reminded me of where I was, it was nerve wracking. 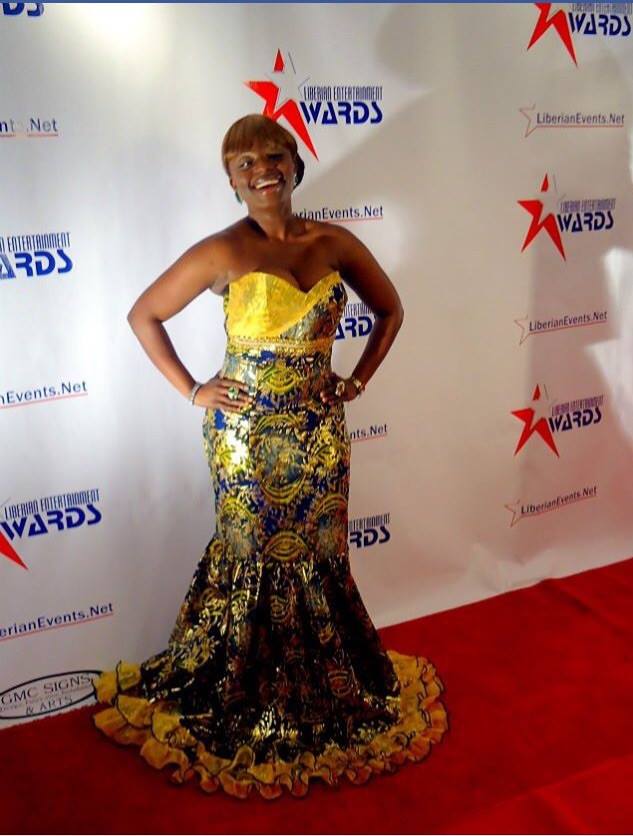 Tell me about one of your most interesting moments on the red carpet: One of the most interesting was interviewing  G-rize.  It was so strange, it was the 3rd LEA, I remember this little kid coming up to me, he was just so excited, I asked him who he was because his name was not on the list and he told me he was one of the performers.  There was something about him, his drive and passion, he just knew he was going to perform.  After the interview, he found out that he was not performing, he didn’t get a confirmation.  I told Tarkus, "you have to get him on, he came all the way from MN, he has a drive." One of the entertainers who was to perform, didn't show up, Tarkus replaced him with G-rize.   When G-rize got on stage, he had a standing ovation, it was the first time I heard of him, his performance was amazing and his beat was catchy. 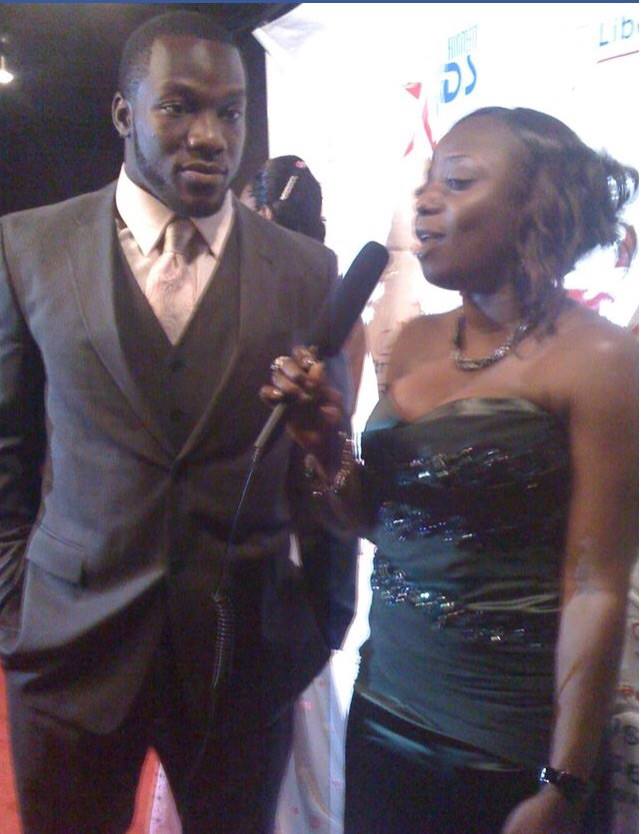 Who is the biggest celebrity you have interview: My biggest will be Tennessee Titan's Linebacker, Rennie Curran (Liberian Native), at the 3rd LEA in Atlanta.
What is your normal reaction to the worse outfits on the red carpet: Hahaha, honestly, I've become a little better with my facial expressions. I normally have that look that says, "did he know, or did she know she was about to walk on the red carpet?"  The men surprised me a lot, the men are being bold, but the women, they need to step it up.
Do you have anyone special you look forward to interviewing this year:  Alfani Douki, always, he brings so much life, he keeps us awake. David Mell, he did this acoustic performance at the LMA, looking forward to what he will be doing at the LEA.  Looking forward to seeing Jon Bricks, I have some questions to ask him about his videos.  Chris Deshield, his new sound, he added a new genre to his repertoire.  I'm looking forward to meeting my fans. I’m obligated to show respect to the people that supports me.  I'm looking forward to seeing the designers, they usually come in with the girls who are wearing their designs. 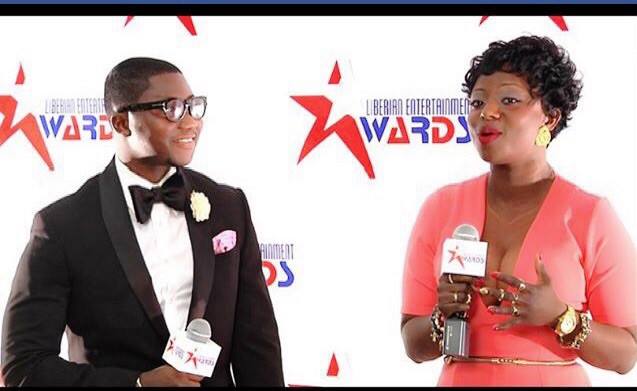 Is there anything else you will like to add: I want to take this time to show appreciation to my co-host, Mr DMV ( Rosevelt Sawo), I am excited to work with him again.  This the first year I have ever used the same co-host twice, there was something about our working chemistry, sometimes when you find that person that compliments you, it’s hard to resist. Maybe we clicked because of the height, hahaha. I want to send an appreciation to my sponsors, the dynamic Sesima Kamara of Cecret Candles & Accessories, shout out to Angel's Lips cosmetic, Nyoni Couture, & TruVision Clothing.
Being the host of the Red Carpet has increased my fan base. I am recognized not only by folks who attended the show but by those who have seen pictures and videos coverage of the event. I've been criticized constructively and loved immensely... Which I appreciate. An example of favor shown to me will be when I received my first call from Liberian Celebrity Stylist and Fashionista Joanna Aku, to designed for and style me for last year's Red Carpet... FOR FREE... I felt the love and the dress was positively reviewed not only on Liberian blogs but on International sites like African Entertainment. This year I have so many creative minds putting together the dresses I will wear and I CAN'T wait.
I look forward to meeting Munnah for the first time. Her style and Fierce approach to her music is attractive and admirable. I LOVE her dress she wore to the LMA (Designed by Precious Lakis; Precious Pieces) so I can't wait to see her ensemble at the LEA.

To the artists that have complained over the years, please give Choicy Di something to work with. I’m working on recognizing you all, I’m easily accessible, if I did something to you, reach out to me behind closed doors and give me a chance.