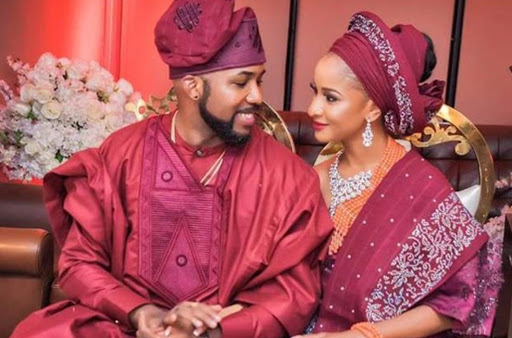 Social media has gone agog over newly wedded celebrity couple, Mr And Mrs Banky W. The media got on fire after Banky W mistakenly shared a nude video of his wife, Adesua.

In the video, Banky W tries to give a shout-out to his fans, showing them his lodge and Zebra right outside his bedroom window.

He had written on an image he posted on social media which had his naked wife in the background, “My goodness. #Baad2017. The #AfterParty #MySAExperience.” However, unknown to him, his wife, Adesua was in the bedroom, naked.

The video had gone viral when fans drew the attention of the singer to the video.

Banky W, quickly deleted the video but it was too late. It was already on the gossip tables of thousands as many devoured on it.

However, below is what fans and other social media users are saying about the self-leaked nude video. 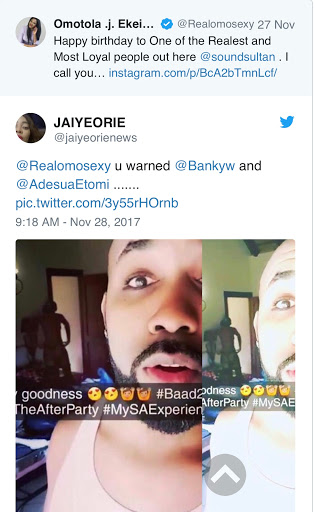 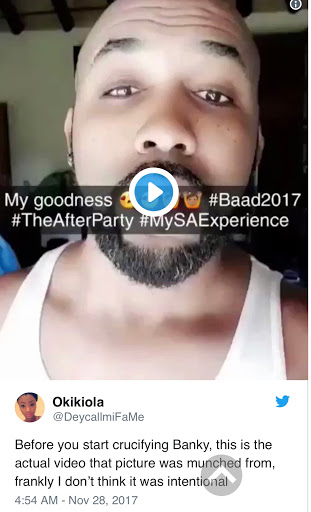 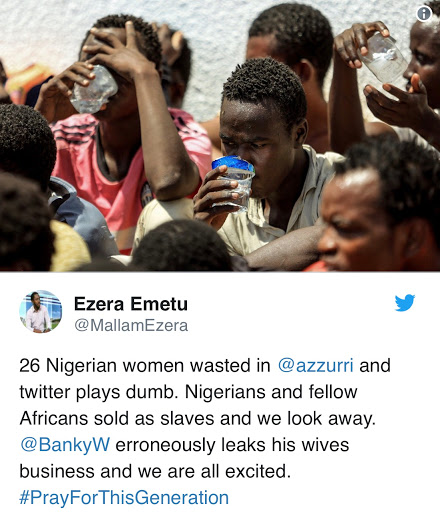