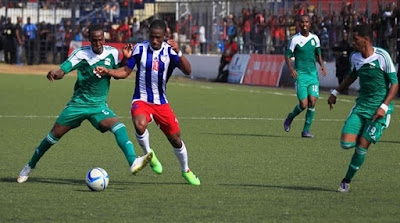 A high powered Liberian football delegation led by Youth and Sports Minister Charles N’tow has arrived in Tunisia to honor Liberia’s final fixture in the Gabon 2017 African Cup of Nations’ Qualifiers. The national team delegation which includes players, coaches, officials and support landed in Tunis Thursday afternoon, but had to drive for about three hours to the Tunisian city of Monastir.  Lone Star has a full house of players invited for the match. They are team captain Teah Dennis, Anthony Laffor, Theo Weeks, Sam Johnson, William Jerbo and Dirkir Glay.Others are Solomon Grimes, Gizzie Dorbor, Omega Roberts, Emile Damey, Dauda Bortu, Seku Conneh and Joel Johnson Alagarin.Oscar Dorley ,Galley James, Trokon Zeon, Hilton Varney, Mark Paye ,Tommy Sango, Dominic Tarpeh Doe and VAN Dave Harmon complete the line up of the Lone Star contingent in Tunisia.  Sweden based Dioh Williams will miss the game due to injury and did not fly to join up with the team.   Credible source reports that  defensive midfielder, Alseny Keita is on flight to Tunisia for the match on Sunday after receiving another last minute call up. Head Coach James Salinsa Debbah and his technical staff will begin training sessions in Monastir, Tunisia on Friday morning following days of training in Morocco.LFA Vice President Musa Shannon, Senator George Weah, Representative Zoe Pennue and Chairman of the Lone Star Mobilization Committee are also part of the delegation.