September 15, 2016
Upcoming Liberian artist, with the hit song "Fire the Demons Dem", threatens Liberian Controversial blogger Berenice Mulubah.  The blogger is known for her controversial articles and has a strong fan base from that.  Yesterday on her Facebook profile, she posted this competitive post between Trapco artists Mazee Blanco and Bucky Raw. 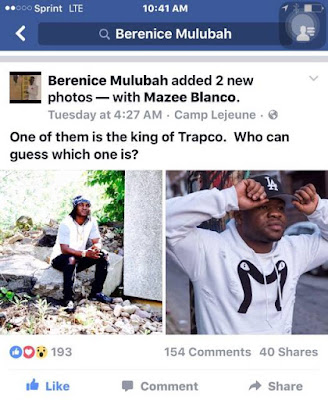 The post had both artists fans fired up, eventually leading into a video made from each artist claiming the crown.
Flex didn't take the stirred kindly.  He took to social media, claiming that the blogging is stirring up division between both artists and threatens to take matters into his hands.  Check out the video he made.