Liberia's Top-5 Download Songs: For the week that start from September 4 to the 10 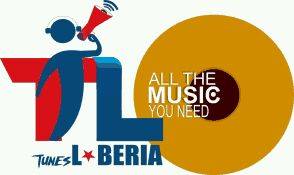 It is better late than never.   Here we are again counting down the top five most downloaded songs of Liberia's biggest music portal, Tunes Liberia, for the week ending September 10, 2016.
For this week, all the songs on the chart are coming from upcoming and popular artists.

5: Kobazzie “Ma You Gifted” Sitting at five slots is arguably one of Liberias best upcoming Afro Pop artists Kobazzie whose music is a breath of fresh air when it comes to Afrobeat music in the industry. For fact, this is Kobazzie fourth times appearing on the chart including this current single. Also, Kobazzie is among few artists that recently completed the just ended United Nation Mission in Liberia (UNMIL) peace toured across the country.

Number 4: LXR Feat. Kobazzie “Time Is Money” At third place is this new lad in the industry LXR featuring Kobazzie with this great banger Time Is Money. Fact, this new single from LXR is crawling behind new released songs in term of airplay; however the song has more fan base among the site visitors.

Number 3: Young Zee “Leave It Hanging” Holding three slots down is the self-proclaim Hipco town chief Young Zee, who did extremely well on this banger. Fact, no singles from the artist has made hit than his debut hit “Hay For It, which rock the industry for about three weeks. Also, his new song Leave It Hanging is trailing new released singles with more airplay.

Number 2: CO.Z “The Memorial” (Christoph Diss) At second slots is another ex- champion CO.Z with the song “The Memorial,” a single that extended the diss between him and Christoph. However, in “The Memorial” CO.Z extended the diss to Christoph record label, MEMG a label that Christoph is signed to. Facts, Christoph and CO.Z were once best friends before heading into the wrong direction. Though Christoph is an ex-champion, CO.Z has appeared more on the chart than him.
From all indications, it seems that battle has just intensified not only between the two artists but their respective record label.

Number 1: C.I.C Featuring CasiMoney, Christoph and Chiller Coolnanee “Shout Out” Holding number one spot is C.I.C Feature CasiMoney, Christoph and Chiller Coolnanee on the single “Shout Out, another banger from the industry lad. Shout Out is a very nice song worth listening to; however it is not making airwave. Yup! This is what we have so far. Join us again next week for a new lineup from this week.