It is always refreshing to see clubs like Atletico Madrid and Leicester City rocking shoulders with the clubs massive riches and quality. They are clubs with very little financial backing and relatively lesser quality of players but they make up for them with their tenacity and hard work. Atletico Madrid have been very impressive this season, currently sitting in second place of the La Liga table same points as leaders FC Barcelona.
They have a manager who believes hard is the way to achieve goals or objectives and it is exactly what Atletico stands for. Speaking in an interview after eliminating FC Barcelona from the quarter finals of the champions league Diego Simeone said “ there is a virtue in this team, with the great work of  the four and a bit years we have been together. I am happy these players who have come together in this team, I am not thinking about the semi-finals, it is more important than that. There are fewer values in society all the time but we are a group of honest workers who can win or lose. We make ourselves strong with the tools we have.”
It reminds me of what Vince Lombardi once said. He said “the price of hard work, dedication to the job at hand, and the determination that whether we win or lose, we have applied the best of values of the task at hand.” Any time Diego Simeone’s men step on to the field you could see the dedication, commitment and desire for success through hard work. 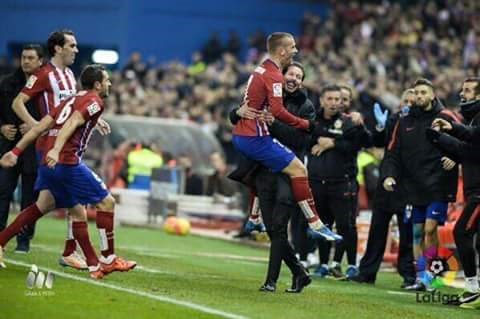 What Diego Simeone has achieved with Atletico in less than 5 years is remarkable winning the Europa cup, UEFA super cup, La Liga and reaching the UEFA champions League in 2014 that was painfully won by Real Madrid. Don’t forget this is a team that keeps losing their best players almost at the end of every season notably, Radamel Falcao, Diego Costa, Arda Turan and Felipe Luis.

Anytime I mention Leicester City, I say to myself WHAT A STORY!!!! Nobody in the world of football saw this coming. A late run of form saw them escape relegation in the 2014-2015 season. Today they are almost winning the English Premier League this season, a factor their manager Claudio Ranieri attributes to hard work. “I am confident because if Leicester last season saved themselves in the last two months, that means the stamina is fantastic” he said. 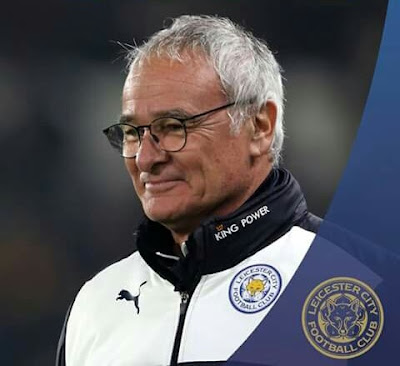 “Why can’t we continue to run, run, run? We are like Forest Gump. We must continue to play and work hard” he continued.
Hard work seems to be the trick of both Atletico Madrid and Leicester City. A dream will never in any stretch of imagination become reality through magic or mere serendipity, it takes pain, sweat and most importantly hard work. You look at players like Jamie Vardy, Riyadh Mahrez, N’Golo Kante, Danny Drinkwater, Kasper Schmeichel, Wes Morgan, Robert Huth etc. and they encapsulate the true meaning of hard work.
Leicester and Atletico have shown that it is not always about possessing the best players and having a lot of money like Barcelona, Chelsea, Real Madrid, PSG, Manchester United, Arsenal, Bayern Munich, Manchester City and the likes, it is about the drive, the desire, the fearlessness and determination to make a name for yourself, your family and history for the clubs they play for. These teams show their strengths and they cover their weaknesses very well. 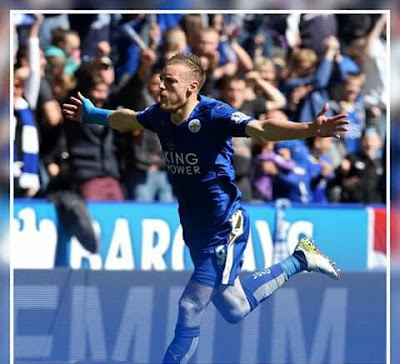 I am not particularly, surprised about the performances of Atletico because they have been consistent in the last three to four years, breaking the duopoly in the Spanish League. Someone would say they have won it once, yes they have but if you consider that FC Barcelona have won 5 of the last 7 seasons with Madrid only winning once within that same period, you will appreciate Atletico even more. For Leicester City, their story is most staggering especially when put where they were and how far they have come this season in consideration. With Nigel Pearson they finished the season placing 14th and was sacked although he masterminded an improbable escape winning seven of their last nine to climb from bottom. Claudio Ranieri was appointed, brought in couple of players, most notably amongst them is everybody’s favourite, N’Golo Kante. Today Leicester City have players dominating the Professional Footballers Association (PFA) player of the year award with Jamie Vardy, Riyadh Mahrez and N’Golo Kante. That is hard work. 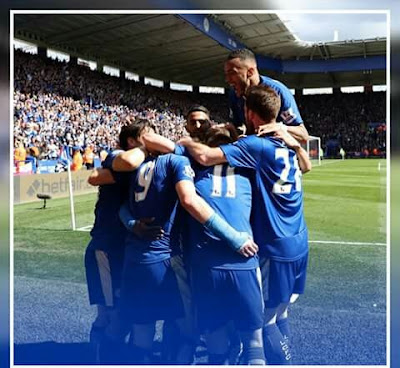 “To be a champion, you have to see the big picture. It is not about winning or losing; it is about every day hard work and about thriving on a challenge. It is about embracing the pain that you will experience at the end of a race and not being afraid, I think people think too hard and get afraid of a certain challenge”-Summer Sanders.
Whatever happens from now till the end of the seasons (EPL & La Liga), Atletico and Leicester must be proud of the hard work, determination and desire they have exhibited.
Congratulations!!!!!! Atletico Madrid and Leicester Football Club
I hope you enjoyed reading it, let us know your comments. Thanks for reading.