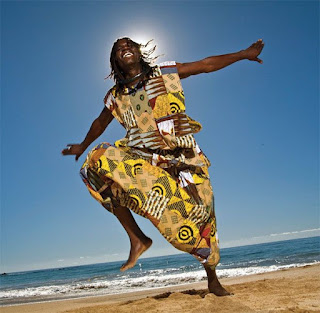 My intend is to make this short and sweet.  When young Liberian artists evaluated themselves about four to five years ago, they realized that they are just as talented as an musician around the world, but couldn't understand why their music wasn't crossing boundaries or being accepted at home.  Some assumed it was because of their dress code, or their naive tongue or maybe the style of music.  So, they changed up, they changed their dress code, their accent and their style of music, to those around the world who were flourishing musically, hoping it would make a difference.  Liberian musicians didn't imitate foreigners because they didn't like themselves, they did hoping to get sales, thinking the dress code, the accent and style of music, were the reasons foreigners were flourishing musically.  Little did they know, marketing was the reason.  As time went by, the artists realized that and decided to come back to base, be original and unique again, but there is one problem, they haven't master art of marketing or have the money to hire the experts.  That's another article for a different day.  This article is about returning all the way back to base.

"Liberia has many languages with some sub languages and few dialects."  Kru Cherie.  Liberian rtists are starting to be themselves, singing in their local tongue, but not many who should be singing in these native tongue are, because of fear, "it might not sell,"  thinking folks who can't understand the dialect won't buy the music.  Wrong, wrong, wrong.  If you are fluent in your native tongue and it is your comfort zone, you need to be singing in.  Number one reason, some Liberian languages are sexier than English and will give you an advantage than those singing in English.  Some Liberian languages are sexier than Kolloque (most popular Liberian dialect) and will give you an advantage over those singing in kolloque, but most importantly, when you are singing in your comfort zone, you are more relax, you have more confidence and will sing even better.  Take advantage of all your strong points, for some, their strong point is their native tongue, make use of it.   Check out some videos of African artists who rose to the top singing in their native tongue.