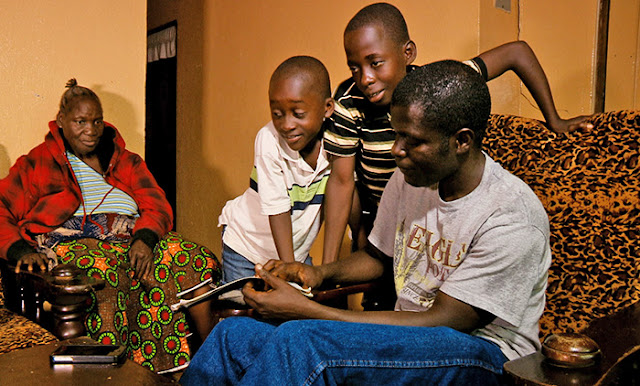 “Our pa them coming o!” That was the statement of alert by the first person who sees the orange light on top of the front passenger side of our father Bishop Kortu K. Brown jeep. At that moment, everyone will neutralize all abnormal behavior and we will position ourselves in the strictest way possible. For those who had complaints against them pending for the day, your body usually transformed into an empty warehouse for the fact that you don’t know the kind of verdict you were going to receive.

The above paragraph is an upright testimony of how tight and firm were the grips of our parents on us. Most of the ills in our Liberian society these days are the result of breakdown in our Family Values and Discipline. People often blame the breakdown on the 14 years civil conflict; however, there are many other contributing factors. Bad parenting, deplorable economic conditions, technological advancements, etc, are just few factors.

Bad parenting, the foremost factor in breakdown in family values and discipline is the result of parents who mistake love for discipline. It is a fact that every parent should love his or her child but loving your child truly involves bringing them up in a manner that they will be seen positively in society rather than a nuisance. This come with courtesy to elders, obeying rules that are set in the home, addressing and being around peers respectfully, obeying the laws of the land and keeping the focus of their dreams and aspirations. However, many parents these days choose to ignore all of these and instead make themselves susceptible to all their children demands, most of which are bad choices. In addition, some parents who are suppose to be role models for their kids are the ones doing all the wrong things right in their faces. For example, you are a woman raising girls but every month they see you with a new boyfriend; or you are father who your son sees having affairs with girls he should be having affairs with. Parents are the first line of interaction with kids: what the kids grow up seeing you do is what they are going to adapt to, and do too, except by divine intervention.

Parents or guardians not being able to provide for their families often lead to serious lapses in the orchestration of much needed discipline and perpetuating the essence of family values. This occurs when a country is in a real bad economic shape as in the case of Liberia where jobs are scarce while at the same time, the value of money is depreciating against commodities that are being purchase. When kids have to start fending for themselves at an early age, they adopt that mentality of self reliance; not just for physical needs but in making decisions as well. In this case, they are at a greater risk of falling to peer pressure and engaging in illegal activities for the sake of survival. Drugs, Teenage Pregnancy, Crimes, etc, are few end results.

Technology has a very big part to play in demise of Family Values and Discipline. The invention of the smart phone coupled with the Social Media era has made it almost impossible for parents to have direct control of the type of friends their kids keep, the kind of groups or peers they associate themselves with and their overall social interactions. Sites such as Facebook, WhatsApp and Twitter have revolutionized Social Interactions which also involves many risky factors. Porn and other immoral sites are accessible by almost any age group. With the speed at which the world is running now, this makes it difficult for parents who spend hours working to effectively monitor what their kids do on their smartphones, laptops or tablets. In Liberia today, the competition between mobile phone companies have made matters worse: low data rates makes it easy to communicate online. Communication via social media is one of the easiest ways at starting an affair at an early age in these times. It is very easy to exchange any kind of photo or video via apps such as WhatsApp, Tango, Viber, Facebook Messenger, Imo, etc.

What can be done to fix this problem?

With almost no definite solution foreseen, it still boils down to the parents to take the lead in fixing all this. Like in the Liberian society, old forms of discipline are still around: spanking, punishments, grounding, etc. In addition, parents should start engaging their kids in life related discussions early rather than later. Find time to tell your kids which path is right or wrong for them; that should come with a positive display of your own attitude as a parent. Once this is done, it can have a positive effect on the kids even if you are faced with a Deplorable Economic Condition or the issue of Technological Advancements. Create that bond of trust and belief between you and your kid. Instill in them those values and discipline that society see as civil. It will work for the better.