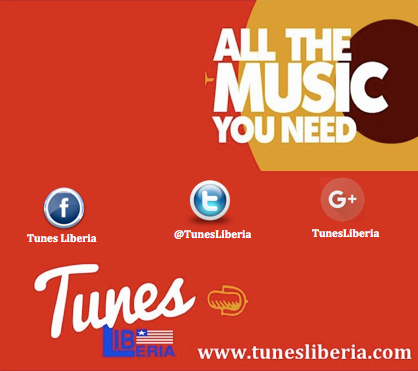 Tunes Liberia authority has issued a public apology to fans and
artists for the delay in publishing the weekly top five downloaded
songs, saying the delay resulted from an administrative decision to
expand the song selection process.

In a press release, the company said after the first edition of the
top five downloaded songs was published in the Daily Observer
newspaper, they received lot of emails questioning the selection
process.

The release explained that the content of each email received forced
the Tunes Liberia authority to abruptly stop the process “until
clarity is made public.”

“On the selection process, we monitor the website on a daily basis to
keep track of all the songs’ daily downloads for the week beginning on
Monday and ending on Sunday.

“To get the monitoring statistics correct in order to avoid cheating,
we also use our Zippyshare download statistics to do the final
tracking, and it always corresponded with ours.
“Zippyshare, a file-sharing website, which we use to upload our song,
keeps record for all Tunes Liberia downloaded songs,” the release
added.

However, the release disclosed that the top five songs do not come
from the daily top ten chart, because even a single view on a song can
make it climb one step ahead.
According to the release, the top ten-chart assist Tunes Liberia
authority to only monitor the hottest songs on the daily, and also its
daily downloads.

“People should not get this confused,” the release continues. “Our top
five downloaded songs is not for the week; it is but for the past
week.”
Meanwhile, the release noted that publication of the weekly Tunes
Liberia chart would resume next week.

Tunes Liberia came into operation in November of 2015, and was
inspired by a desire to see Liberian music spread worldwide. Since it
began operations the site details more than 1,000 subscribers making
Liberian music more accessible to the outside world.
To stay in touch, go to www.tunesliberia.com, and official Facebook
page, Tunes Liberia.