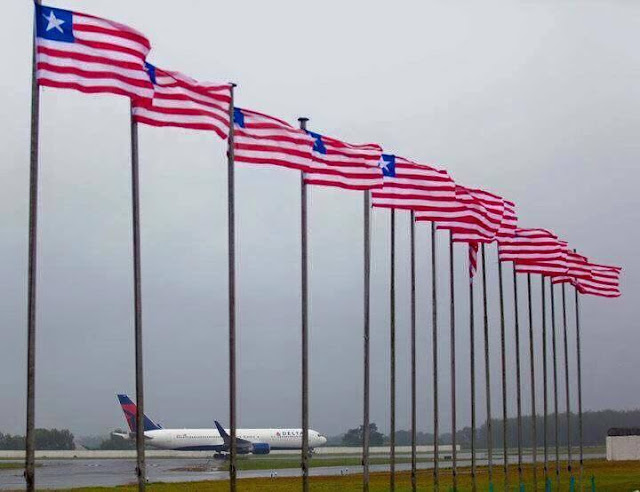 Liberia, a nation founded by free slaves from America through the efforts of the American Colonization society in 1821 is the oldest and only African republic that gained her independence without violence. After the arrival of the first group of slaves on a ship called, “The Mayflower” on March 9, 1820, they settled on the historic Providence Island before negotiating with tribal leaders as well as engaging in warfare with indigenous tribes for the acquisition of land. Originally known as a settlement for freed slaves and governed by series of Governors, Liberia declared independence on July 26, 1847; 26 years after her founding. Joseph Jenkins Roberts, the first black Governor of the settlement became Liberia’s first president.

Liberia’s past is marred by many events and factors that served as impediment to her development and progress; the major one been the Americo-Liberian and Indigenous factor.

The years that followed after Liberia gained her independence in 1847 was overwhelmed by disparities in class, affiliation and ethnicity. The freed slaves also known as Americo-Liberians who founded Liberia exalted themselves into an elite class. They controlled the government and all resources therein. The Indigenous or tribal people were considered second class citizens and a one party rule was the order of the day: noticeably, the infamous True Whig Party. The wealth and resources of Liberia was at the mercy of those self-declared elites and tribal people didn’t take active role in governance until the 1940s. Any attempt by indigenous to put up a stance or advocacy was quelled harshly, thereby making their existence strictly at the mercy of the Americo-Liberians. The Americo-Liberians governed the country at their discretion and any idea of development was to accommodate only their population. That can be seen from the construction of Monrovia, the capital of Liberia as well as major roads and infrastructures in the country. With all the wealth being shared amongst themselves, no tangible framework and developmental agenda was put forward for the nation. Even in the Tubman era where Liberia’s natural resources such as Iron Ore and Rubber were in demand on the world market, and where revenue was at an all time high, nothing was done to reshape the paradigm of the nation. In the 1960s, Liberia GDP was higher than that of Japan who in turn is aiding Liberia in some sectors today. Not until the late President William R. Tolbert regime did Liberia start to see for the first time real developmental agendas and initiatives. However, that was short-lived because on April 12, 1980, a group of disingenuous soldiers who belonged to indigenous tribal groups toppled President Tolbert regime in a bloody coup that ended the era of Americo-Liberians and the True Whig Party rule. The constitution of 1847 was then suspended.

In terms of governance, nothing changed during the post Americo-Librians era. Nepotism, Corruption and Bad governance, the main reasons stated by the coup executers for toppling the Tolbert government were on the increase. The only tangible change seen was the incorporation of many indigenous into the governance process. Ethnicity became the order of the day as the tribe in which the President belonged became the dominant and most influential people in government. After an election in 1985 that was said to be rigged, the late President Samuel K. Doe who was also head of the coup took the reins of power. The period between 1985 to 1990 saw rampant corruption, abuse of press freedom and freedom of speech, nepotism and not so good developmental agenda.

In 1990, war broke up in Liberia. The National Patriotic Front of Liberia (NPFL) headed by former President Charles Ghankay Taylor started an uprising in the bushes of Nimba County on December 24, 1990. Out of this group sprung the Independent National Patriotic Front of Liberia headed by now Senator Prince Johnson who succeeded in executing the late President Doe. During the war years, the only development Liberia saw was the establishment of various warring factions. Fast forward, after numerous peace deals, Charles Ghankay Taylor was elected President. Again it was status quo: nepotism, corruption, bad governance, abuse of human rights, etc. Mr. Taylor government was slapped with international sanctions and this gave him a good excuse for the absence of development during his regime. Again in the year 2000, war struck.

With the exit of Taylor and the elections held in 2005, Liberians saw a new era and were very hopeful. Electing Africa’s first female president was a joy as women were seen to be straightforward and maintain strong stance. President Ellen Johnson Sirleaf government was welcomed all over the world as a breakthrough in Africa’s democracy. However, the hopes of many Liberians were dashed by the repeat of the same old things: corruption, nepotism and impunity in the justice system. From government to government, Liberia has depended largely on foreign aids and loans. The Sirleaf led government has received the highest foreign aid more than any previous Liberian government. However, this government is corrupt more than all previous governments put together. Liberia ranks 87th in the world on the corruption chat and 11th in Africa. Recent reports put monies stored by current Liberian government officials in foreign accounts at 15% of Liberia total GDP. This has been the major impediment to Liberia’s development all along. This government can be given credit for two things: free speech and youth empowerment. However, even the empowered youths still lay back to the status quo when given opportunities to perform. Corrupt officials who were indicted in reports are yet to be prosecuted; development is seen in figures on paper rather than in reality. With almost eight years in power, President Sirleaf stated upon her return from the recent AU Summit in Kigali, Rwanda recently, that Liberia is far behind in economic and infrastructural developments because of bad work ethics, laziness and indiscipline among the citizenry. Are you kidding me? How will the citizens work when there are limited or nonexistent employment opportunities? How will the citizens be discipline if the officials of government don’t lead by example?

Liberia’s future in my opinion is still dewy. A country which depends on foreign aid and imports 90% of her commodities for survival still has a lot to do. A very messy educational system, nonexistent agriculture sector, deplorable health sector and damaged economy, don’t seem hopeful. At present, Liberia relies on the international community for assistance in every sector. The recent Ebola epidemic exposed the weakness in our health sector and had it not being for the International Community again, the result would have been even worse. Liberian farmers do not produce up to 10% of the food the population consumes. As for our staple food rice, we import over 95% of what the population consumes. The recent huge pullout by UNMIL made the United States Dollar more powerful against the Liberian Dollar. The rate now stands at 100 Liberian Dollar to 1 United States Dollars. We have to depend on loans and grants to undertake developmental projects (most of those amounts are usually squandered by officials). We depend largely on Foreign rather than Local Education for maximum output by individuals. This can be seen in the preference of Foreign Educated individuals to locally educated persons in high level governmental appointments. The reason is simple: The Educational system is a mess.

With the above stated and all the dependency scenarios we have to go through to exist as a nation, this bring me to the question: AFTER 169 YEARS OF EXISTENCE, ARE WE TRULY INDEPENDENT OR ARE WE VERY DEPENDENT?