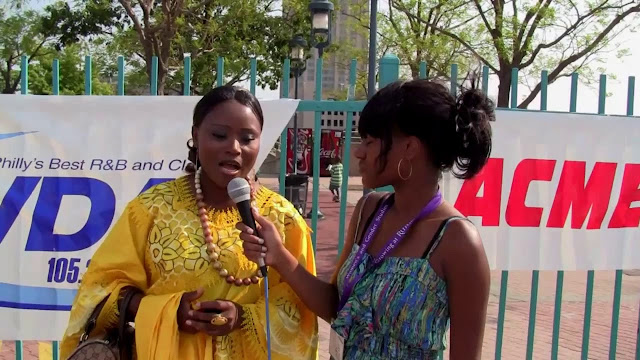 My first visit outside Philadelphia, my original city of residence in the USA, was Virginia. Meeting Debbie Caroline Watson, a young Liberian woman, gave me an adverse impression of what we have been hearing back home. A single mother of a beautiful 10 year old kid, with two elderly parents in her care, had me wondering. Many things started to run through my mind. Is she really taking care of her parents or do they have some kind of assistance from the Government? How can she manage to cater to herself, while catering to her parents and her kids? Is she even employed? If so, how is she managing her situation? How much money does she make to pay bills, while at the same time catering to all this?

Debbie is just one of thousands of Liberian women in the United States who work earnestly and hard to survive and provide for their families. Contrary to news back home about most of our young women in US not being serious and mostly live off men and child support, most Liberian women here are even the breadwinners of their homes. Some of these women work two or three jobs just to take care of their kids, be on time with their bills and to be able to send money back home to relatives. Jobs they do range from healthcare to factories, yet they work many hours just to be able to provide for themselves. Some work as long as 16 to 18 hours a day just for the sake of independence and livelihood. I have travelled to ten States in the US and this represents almost all regions (beside Hawaii and Alaska), I never encounter a Liberian prostitute or call girl. Besides the regular “Loving to my man wars” which happens in every culture and country, I have never seen a Liberian woman in the US associated with those acts. Back in Liberia, some people see the jobs these women do as odd and disgraceful, while others bluntly consider it as modern day slavery. However, in my candid opinion I would state, “it is better to be an earnest and independent modern day slavery than to be a corrupt and insincere government official”. In addition, most of these girls while working full times jobs find time on their off days to pursue their education. More Liberian women in the US graduated and are enrolled in Universities these days more than any other time. This show that they don’t just see themselves as survivors anymore, but they are looking to be stakeholders. In fact, they have developed the mentality of self sustenance that men don’t easily take advantage of them. Well, some will argue and say it is the reason many are single, however, with this kind of change in mentality about male dominance, they can serve as progenitors to Liberian women back home in alleviating this male dominance scenario which is still entrenched in our society.

What can Liberian Women back home take from this?

In the United States, almost all Liberian women who are married or are cohabitating and are working share the bills and house finances with their men equally. In some cases, the women even pay more while women who live alone do absolute everything for themselves. These include rent, utilities bills, car notes, kids’ welfare, etc. I even know of a single woman who works two jobs and at the same time travels to Africa every few months to buy products and bring to sell.

I agree that the two economies are different and I am aware of the fact that there are Independent women in Liberia, but speaking on the average, women back home need to see themselves as equals to men. Despite the fact that many young women in Liberia are graduating from College, there is still this subjection to male dominance among many. With the economic disparities between both nations, there are many other things you can do to be independent and do away with this “Male Dependence Syndrome”. With the lack of jobs, more women need to get involved in the business and agriculture sectors. Take cohesive action by organizing a march and petitioning the National Legislature to enact a law that employs equal number of men and women in all entities starting with government. You young women also need to engage the Ministry of Gender and Development and pressure them to take concrete actions. For example, they need to carry on more awareness and trainings of young women to understand their place in modern day society. The problem is not just with the system but the mentality. Many women back home still see the male as the dominant gender and resort to accepting handouts rather than being seen as partners in a relationship.

You people have the power to change all this: and that is by action. You and a man can’t have the same degree or level or education and you still see him as superior in terms of provision. It is time that you people who are educated fight for those jobs many of these men have. Fight to be at the point where if he buys you beer, you can buy him stout. How the heck you will have a Bachelor or Masters Degree and you are still waiting for man to be the sole provider for you? This is why many of us still take advantage of you people. You are going to school for the purpose of economic upgrade. After you graduate, you are not supposed to be at the same level you were while in school.

Some people misunderstand my Facebook posts and usually think I am anti-women. I speak on women issues more because I see them as the core of the society. There is still a lot of work to be done with our girls in Liberia and I look forward to seeing many young women taking up position and place of relevance in society. Despite us having a Female President, women still see themselves as inferior to men. All of this can change but the mindset has to be changed first. And this come with real awareness and will to change.