The singer-songwriter announced her pregnancy with twins on Instagram. 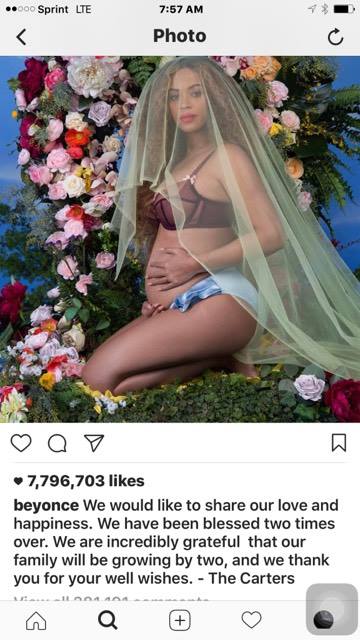 Beyonce' announced the pregnancy on Instagram, and social media has been buzzing with excitement ever since.
The Instagram post itself has become the most liked image on the photo-sharing platform of all time and claiming the Guinness World Record. In under eight hours, the photo, shot to 6,481,207 likes. After 10 hours, it was at 6,954,225 likes, and over 350,000 comments, it is now at 7, 796,703.