Photos: Woman whose hands were chopped off by husband because she couldn't bear children, is pregnant for another man 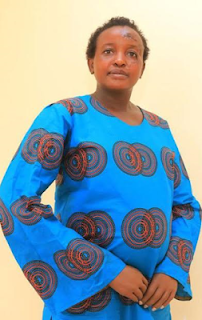 The Kenyan lady who made news after her husband chopped off her hands because she could not bear him children, revealed that she is pregnant. Ms Jackline Mwende told  Nation Kenya on Tuesday, that the father of her child is a close friend she was dating before the gruesome attack.
She had conceived about three days before the attack, and she has no regrets for it because she "opted for this route" out of her deep-rooted desire to bear children. 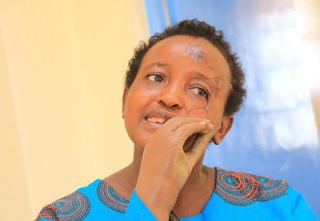 Ms Mwende said that the attack might have something to do with the fact that, a day earlier, she had been seen in public with the man she was having an affair with.

"We had sought accommodation in Machakos town because I did not want to bring him to my matrimonial bed," she explained.

''It was on the Saturday of July 23, and after spending time with the other man I went back home, where I lived alone because my husband had taken off three months earlier." 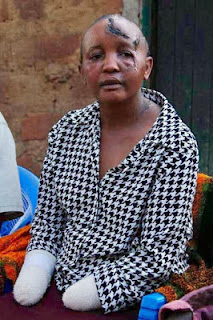 On July 24th, Mwende's husband attacked her with a big knife. She was flown to Europe where she got high end prosthetic arms.