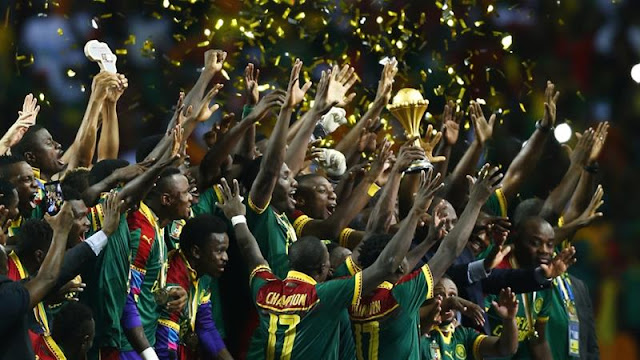 
Cameroon produced a stunning comeback to beat Egypt in the final of the African Cup of Nations (AFCON), held in Gabon's capital Libreville on Sunday.
Arsenal midfielder Mohamed Elneny, who returned to Egypt's starting line-up after an injury, found the net from inside the box after 22 minutes to give his country the lead.
But in the 59th minute Nikolas N'Koulou equalised and put the Indomitable Lions back in the game.


Cameroon's comeback was completed at the match's final moments, when Vincent Aboubakar controlled the ball in the 89th minute, clipped it over a defender and then shot past Egypt's goalkeeper to clinch his country's fifth African title with a sublime finish.
The Besiktas striker, who came in as a substitute, delivered Cameroon's first African Cup crown since 2002 and denied Egypt an eighth title.