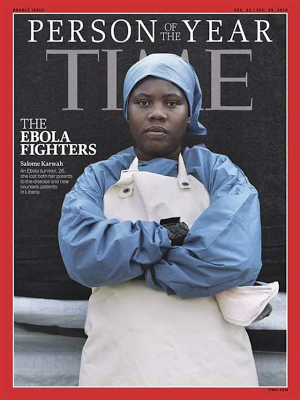 Salome Kwarwah, a Liberian nurse who survived the deadly Ebola epidemic passed away from pregnancy complications on February 22, 2017. She was age 28.

Salome thought her life was over when she tested positive for Ebola, which killed her parents.  But after recovering at the Elwa 3 Doctors Without Borders/Médecins Sans Frontières (MSF) Ebola treatment center in Monrovia,Liberia, she began working as a mental health counselor there, helping others to fight the virus. She told her story before her demise: 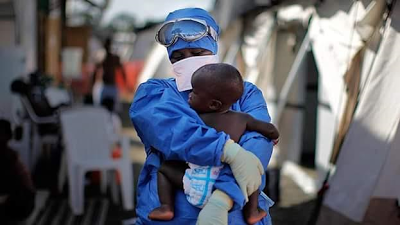 "It all started with a severe headache and a fever. Then, later, I began to vomit and I got diarrhea. My father was sick and my mother too. My niece, my fiancé, and my sister had all fallen sick. We all felt helpless.

It was my uncle who first got the virus in our family. He contracted it from a woman he helped bring to hospital. He got sick and called our father for help, and our father went to him to bring him to a hospital for treatment. A few days after our father came back, he too got sick. We all cared for him and got infected too.

On August 21, I and my whole family made our way to MSF’s Ebola treatment center in Monrovia. When we arrived at the treatment unit, the nurses took my mother and me to the same tent. My fiancé, my sister, my father, and my niece were taken to separate tents. My sister was pregnant and had a miscarriage.

They took our blood and we waited for them to announce the results. After the lab test, I was confirmed positive. I thought that was the end of my world. I was afraid, because we had heard people say that if you catch Ebola, you die. The rest of my family also tested positive for the virus.

After a few days in the isolation ward, my condition became worse. My mother was also fighting for her life. She was in a terrible state. At that point, the nurses made the decision to move me to another tent. By then, I barely understood what was going on around me. I was unconscious. I was helpless. The nurses had to bathe me, change my clothes, and feed me. I was vomiting constantly and I was very weak.

I was feeling severe pains inside my body. The feeling was overpowering. Ebola is like a sickness from a different planet. It comes with so much pain. It causes so much pain that you can feel it in your bones. I’d never felt pain like this in my lifetime.

My mother and father died while I was battling for my life. I didn’t know they were dead. It was only one week later, when I had started recovering, that the nurses told me that they had passed away. I was sad, but I had to accept that it had happened. I was shocked that I had lost both my parents. But god spared my life from the disease, as well as the lives of my sister, my niece, and my fiancé.


Though I am sad at the death of my parents, I’m happy to be alive. God could not have allowed the entire family to perish. He kept us alive for a purpose.