US sanctions Iran after missile test 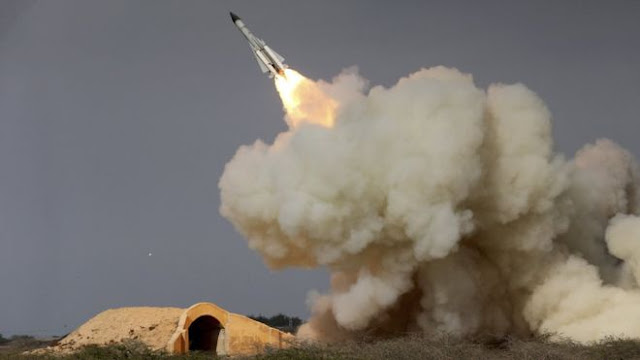 The Trump administration is imposing sanctions on Iran following its recent ballistic missile test.
The US Treasury Department announced the measures against 13 people and a dozen companies on Friday.
President Donald Trump tweeted earlier: "Iran is playing with fire - they don't appreciate how 'kind' President Obama was to them. Not me!"
But Iran has said it will not yield to "useless" American threats from "an inexperienced person".
Some of the newly sanctioned groups are based in the United Arab Emirates, Lebanon and China, and include members of the Islamic Republic's Revolutionary Guards Corps.

The measures come a day after President Trump said "nothing is off the table" in dealing with Iran.
And this week, the US national security adviser, Michael Flynn, the administration was putting Iran "on notice" for its medium-range missile test.
The White House said the launch had violated a UN Security Council resolution proscribing missiles that could carry a nuclear device.
But Iran's Foreign Minister Mohammad Javad Zarif tweeted on Friday that the Islamic Republic was unmoved by US threats.
He said Iran had no intention of using its military against any country, except in self-defence.
"Will never initiate war, but we can only rely on our own means of defence," Mr Zarif wrote.
On Thursday, a bipartisan group of more than a dozen US senators wrote to Mr Trump, urging "full enforcement of existing sanctions and the imposition of additional sanctions on Iran for its ballistic missile program".
"Iranian leaders must feel sufficient pressure to cease deeply destabilising activities, from sponsoring terrorist groups to continued testing of ballistic missiles," the group wrote.
The Republican Speaker of the House of Representatives, Paul Ryan, applauded Mr Trump on his administration's "swift and decisive response", in a statement on Twitter.
Oil prices rose Friday morning, as markets factored in the announcement.
Saudi Arabia's senior military advisor, Brigadier General Ahmed al Assiri, meanwhile told the BBC it is time to change Iran's behaviour in the region.
Speaking in the Saudi capital Riyadh, he said Tehran's involvement in neighbouring countries such as Iraq, Syria, and Yemen must be stopped.
Gen Assiri, who advises the Saudi defence minister, said Iran must be "brought back to its borders".
Iran - long an arch-foe of Saudi Arabia, says its presence across the region is always at the request of the governments.