Firestone Liberia plantation to lay off 500 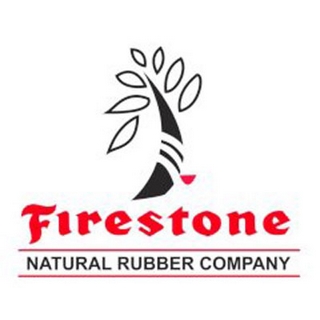 HARBEL, Liberia—Firestone Liberia, the indirect natural rubber-growing subsidiary of Bridgestone Americas, is laying off approximately 500 workers at its plantation in Harbel.
This represents about 7 percent of the plantation workers, according to a Firestone Liberia news release issued July 28. This is the first major layoff Firestone Liberia has made since the 1980s, according to the company.
A number of factors have created “ongoing significant and unsustainable losses” at the plantation that necessitated the layoffs, according to Firestone Liberia.
Among these are:
• The high overhead costs of Firestone Liberia’s concession agreement with the government of Liberia;
• Lower natural rubber yields, stemming largely from the company’s inability to replant Hevea trees during Liberia’s 14-year civil war;
• Continued low prices for NR; and
• Liberia’s uncertain business climate.
The layoffs will take place between August and October, according to the company. Laid-off employees will receive severance packages in keeping with the laws of Liberia and the company’s collective bargaining agreement with the Firestone Agricultural Workers Union of Liberia, it said.
Meanwhile, Firestone Liberia is implementing several measures to cut further costs at the plantation, including streamlining business operations, improving operational efficiencies and discontinuing tapping operations in old, low-yielding sections of the plantation, the company said.
“Our employees are very important to us, and making any changes to our operations and employees is a very difficult decision for our leadership team,” Ed Garcia, president and managing director of Firestone Liberia, said in the news release.
“We remain committed to the country and people of Liberia, and our main priority is to ensure the long-term sustainability of our operation,” Garcia said.
Garcia could not be reached for more comment.
In the past, workers at Firestone Liberia accused the company of unfair labor practices, such as setting unrealistic tapping quotas that forced workers’ underage children to work beside their parents.
Firestone Liberia always denied these charges, which largely subsided after a 2008 bargaining agreement reached between the company and FAWUL.
Since 2004, Firestone Liberia has injected more than $1 billion into the Liberian economy through government taxes, salaries, pensions, local purchases and rubber purchases from local farmers, the news release said. It has also spent more than $75 million on free education, health care, housing and security, it said.