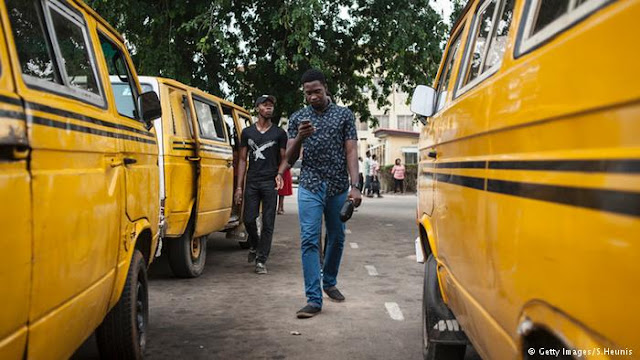 The smartphone game Pokemon Go has yet to officially launch in any African country. That’s not stopping African Pokemon fans, who are already braving the continent’s unpredictable streets to find the virtual monsters.

Determined not to be left out of the augmented reality craze which has swept the US and Europe, resourceful gamers in major African cities have found ways to download the game.
"Pokemon Go" was among the top google searches in Kenya in July, Kenyan media reported. The Facebook group "Pokemon Go South Africa" has nearly 10,000 members – a figure which has almost doubled since last week. Meanwhile players, or "trainers," in other African hubs like Lagos and Accra are also spotting Pokemon, short for pocket monsters, in their cities.

Pokemon addicts in Lagos
But the game is not without its perils. In Lagos, Nigeria's commercial capital, enthusiasts are braving the city's chaotic highways to find Pokemon – often risking accidents.
"Lagos traffic is quite dangerous," player Simdie Onuora told DW. "You could be trying to get the Pokemon and when that happens - you are hit by a bike."
But traffic is not the only danger. Glued to their phones and lost in a virtual world, players can fall prey to street gangs. Lagos' female trainers in particular are concerned about security.
"Holding our phones in the hand and trying to find a Pokemon might invite the wrong crowd," said Tobi Ayeni.
"You want to catch a Pokemon your mind is saying: I need to catch that Pokemon, I need to level up. At that point you are not aware of your surroundings. All you are aware of is trying to catch a Pokemon," she added. "Once you get to that level, so many things can happen. Somebody can come and snatch your phone, somebody can come and beat you up, somebody can just come and steal your bag," Ayeni told DW.

Mobile revolution
Not long ago, playing Pokemon Go would have been unthinkable in Lagos, which is infamous for its patchy mobile coverage. Many Nigerians carry two, even three mobile phones subscribed to different networks to circumvent the headaches of dropped calls and lagging internet. But more improvements are on the way. According to Bloomberg News, internet providers have committed to 3G coverage in 90 per cent of the country and are starting a fibre network roll-out in six cities.

Bad traffic – good news for Pokemon trainers
Despite dangerous streets and dodgy internet connections, players in Nigeria, Africa's largest mobile market, are quickly becoming unstoppable. Even Lagos' notorious traffic jams, which often keep people stranded on the roads for hours, are an opportunity for Pokemon fans, who use the long hours spent in traffic jams to search for rare finds.
"Sometimes I deliberately pray that there is traffic congestion in the morning because when the bus stops you know that there are Pokemon around there," said Samod Biobaku. "Of course I hope to get to where ever my destination is in good time, but of course that subconscious part of me, that Pokemon part of me, always wants to run into traffic and catch as many Pokemon as I can!"