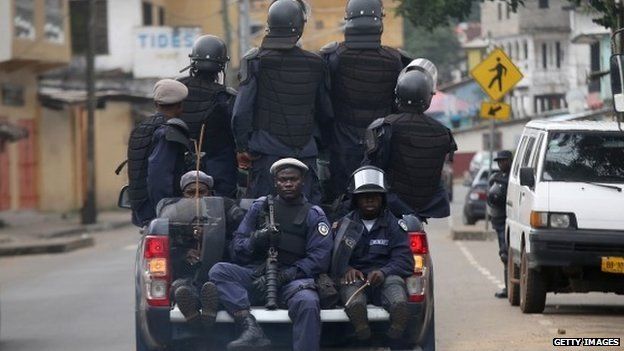 Suspicious armed men attacked the Headquarters of the Special Presidential Task Force on early Friday morning leaving one of the security guards with minor injuries.
At about 2:45 am on Friday, August 12, 2016, eight men who were dressed in Black outfits; armed with single barrel guns and other deadly weapons broke into the main fence of the building holding the offices of the tripartite body.
The men attempted to penetrate into the premise but were however repelled by the security guards who were on duty.
The evidence Safe situated within the building was not breached as everything remains intact at the Task Force.
Meanwhile, officers at the Liberia National Police (LNP) have launched a forensic probe into the matter.