The Inside Story of How Ellen Johnson Sirleaf Rescued Liberia, a Forbes Report 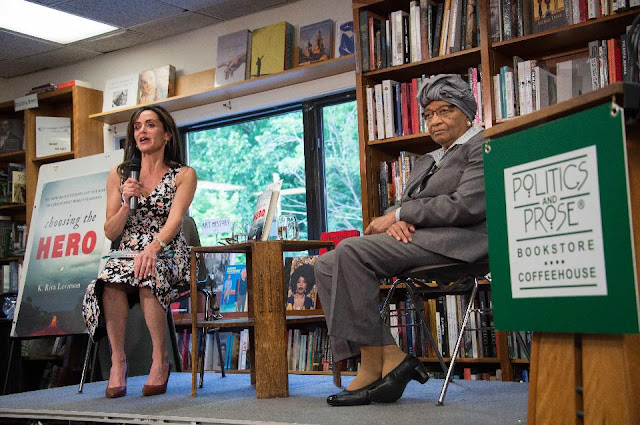 {FORBES} – Over the past few years, Forbes has taken an interest in Liberia, one of the world’s poorest countries, but also one with promise (under the leadership of of the first democratically-elected woman president, Nobel Peace Prize winner Ellen Johnson Sirleaf) and one which the U.S. holds historical obligations. We’ve traveled there with a delegation of philanthropists, and supported world-class social entrepreneurs like Katie Meyler and Dr. Raj Panjabi, who have since been globally recognized for their efforts to stem the Ebola crisis, and reform the country’s education and health systems, respectively.
One of the quiet drivers in Liberia’s progress over the past decade, D.C.-based international strategist K. Riva Levinson, an advisor to President Sirleaf, recently published an excellent behind-the-scenes book, Choosing the Hero, chronicling the country’s journey (and hers) over the past decade. It was an opportune time to catch up with Riva and a country full of pain — and opportunity.
How did you first get interested in Liberia? My interest in Liberia began with my first encounter with Ellen Johnson Sirleaf. It was July of 1996, and she was working at the United Nations, in-exile from her native Liberia, waiting for the political space to open up so she could return home. I was barely 30, but already weary and jaded with my work as an international lobbyist, burdened with meaningless client assignments, and uncertain of my ability to make a difference.  And then I met Ellen, and saw a fierce determination – a commitment to democracy and human rights without compromise. I saw in her the possibility of what Africa could be if there were capable leaders. And she saw something in me that I didn’t yet recognize in myself.  Culled from Forbes Online