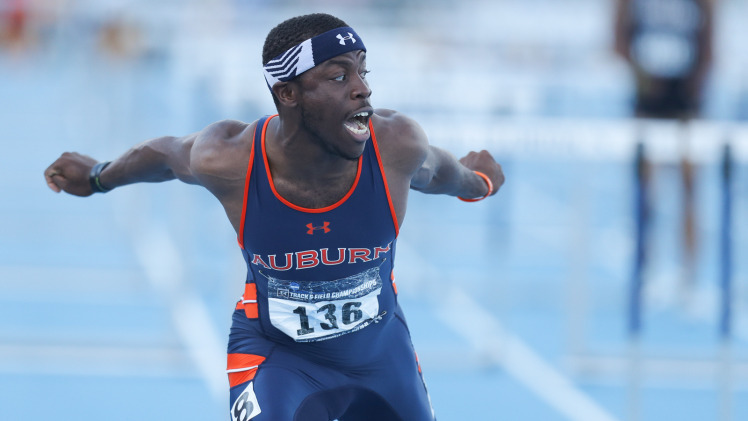 
The 2018 African Athletics Championship hosted in Asaba, Nigeria just ended with Team Liberia bringing home a bronze medal and finishing at the bottom of the medal table along with four other countries.
The U.S.-based athlete Wellington Zaza won the bronze medal for Liberia in the 110 hurdles. Zaza ran 13.88 seconds to finish third behind South African Antonio Alkana, who won gold, and Nigerian Oyeniyi Abejoye, who won the silver medal.
Liberia was one of 51 countries that registered 473 male athletes and 400 female athletes for the event. Liberia was represented by home-based athletes, Otricia Bokuah and Kadmiel Enders and U.S.- based athletes Zaza and Akeem Sirleaf. The team of four athletes were headed by Coach Sayon Cooper, who is based in the United States, and local coach Bill Sheriff.
Akeem Sirleaf participated in the male 200m event, coming in 21.38 seconds, holding no place in the top three. Kadmiel Enders’ 1.90m in the male high jump wasn’t enough to put him among the top athletes. Meanwhile, Otricia Borkuah unsuccessfully competed in the female high jump category.
With Zaza becoming the only Liberian to win a medal at the competition, Liberia finished 19th on the medal table along with Congo, Lesotho, Zambia and Eritrea. The four countries were able to win just the bronze medals and finished bottom of the medal table.
Kenya finished at the top of the medal table with 20 medals, which included 11 gold, 7 silver, and 2 bronze medals, while South Africa ended in the second position on the table with 31 medals. Host Nigeria finished third with 20 medals.
Upon returning home, the head of national athletics, Samuel Cooper said the team is focused on
preparations for the 2019 International Association of Athletics Federations World Championship that will be held in Doha, Qatar.﻿