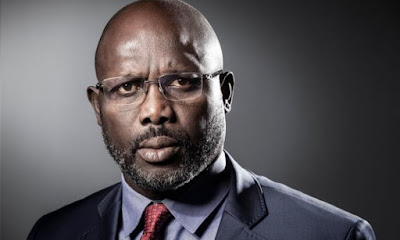 In just over a half-decade, Liberian tourism could become a million-dollar industry. But the country's music scene might not be contributing to the industry.
The set-up to bring Liberia's plan to fruition was recently made public by Lance Gbagonyon, the country’s Deputy Minister of Cultural Affairs and Tourism.
The target, said Gbagonyon, is 15 million international visitors by 2023. The potential boost to Liberia’s economy is put between $20 to $40 million.
“My goal is to promote the tourism industry as one of the economic pillars for growth and job creation, and I’m working around the clock to make it a reality,” he said.
“The first priority area under the six-year strategic plan focuses on improving and persevering heritage, eco- and wildlife tourism structures. For heritage tourism, we are going to reconstruct the home of President Joseph Jenkins Roberts, Africa’s first democratically elected president, which stands on Ashmun Street and still has its original look of the 1800s. This would be turned into a museum, likewise the birthplace of President Weah, the world’s first soccer star to become president. It will not just be an ordinary museum with memorabilia or artifact, but one that offers visitors a night’s stay.”
The minister was silent on the possible contribution the music industry could make to the tourism plan, a far cry from fellow West African country Nigeria’s recent plan for tourism.
“Although we still have safari and wildlife in Nigeria, no doubt, but our greatest strength lies in our creative industry, our music, films and theatre,” Nigeria’s Minister of Information and Culture Lai Mohammed recently said. “This is an area where we want to build on. It is an area where we have comparative advantage over many other countries. We have been able to brand Nigeria tourism; Nigeria tourism is unique especially with the creative industry.”
Over in Uganda, music tourism, has drawn interest. Gaston Wabomba, CEO of a tour company, recently spoke about the appeal of music festivals to a young touring audience. "We realised that the younger crowd was not adequately catered for so we began shopping for a music festival we could work with."
For Liberian tourism, the focus is on geography, even as the country's president, George Weah has shown love for music: “The relocation of the cultural village to Behsao will be persevered as well as the 300-plus-year-old ruin defense wall in Lofa County, among others. Every tourist in this world will want to have a night on the bed President Weah slept on while growing up.  This is an experience no one would want to miss.”
To facilitate the tourism plan, which will depend on a viable public-private partnership, the country is considering e-visas for tourists. “The issuing of e-visas will open up the country’s tourism industry to the world and make it vibrant,” Gbagonyon said.
“Tourists want to visit Liberia, but they find it difficult because of the visa process, which discourages them from visiting the country. However, everything will change once this e-visa, which will be meant only for tourists, comes into existence next year.”