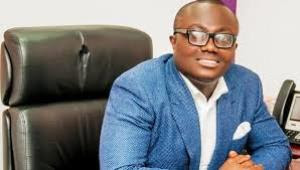 CEO of EIB Network , Nathan Kwabena Anokye Adisi popularly known as Bola Ray, is currently in Nigeria to have a meeting with top Nigerian entertainment officials to strike a deal on how to project Ghanaian Music in Nigeria.

Close source with the EIB Network boss disclosed to Ghkasa.com that, Bola Ray who recently made leading radio and television personality, Jay Foley, the manager of Accra-based music and lifestyle channel FIESTA are in talks to make Fiesta Tv a prominent channel to project Ghanaian Music in Nigeria.
This comes as a result of some Ghanaians artist encountering some flops in Nigeria last week for a show put up by Zylofon Media to launch MenzGold and Zylofon Media in Nigeria.
Ghkasa.com can confirm that, Radio personality Bola Ray is in talks with Kennis FM, S24Radio, Raypower and other media companies in Nigeria.
Formerly owned by Abraham Ohene Djan of OM Studios, FIESTA was acquired by EIB Network some two years ago to position it to become the leading music and lifestyle channel on the African continent.
The official launch of the channel was held in Accra on August 22, in Takoradi on September 1 and on September 8 in Kumasi.
Ghkasa.com will bring you more updates about Bola Ray and his meeting with top Nigerian Entertainment industry holder.
Popularly known as Bola Ray is a Ghanaian radio presenter and entrepreneur . He is the CEO of both the EIB Network Group and Empire Entertainment.
He joined Top Radio after Radio Universe, where he hosted ‘Top City Jam’ while still a student at University of Ghana. He was the first African and Ghanaian to host Top of the Pops on BBC Radio . In 2003, he moved to Joy Fm to become the host of the Drive Time Show, leading it to be recognized as the most influential drive time show on radio in Ghana. He is now one of the media moguls in Ghana .
He has won the 2015 – Best Radio Personality (RTP Awards), 2016 – MAN OF THE YEAR – COMMUNICATION (Exclusive Men of the Year (EMY) Awards) and many other awards both in Ghana and abroad.