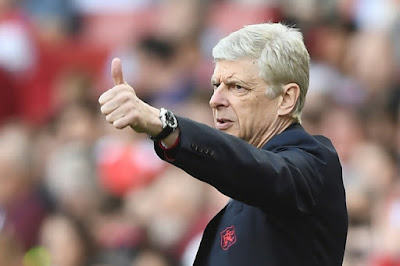 Arsene Wenger, Former Arsenal manager will be elaborately received in Liberia, as he will be award with the highest award in the west African country.
The honour is not unconnected to the efforts made by the Manager in the successful football career of President George Weah.
The government added on Monday that Claude Le Roy, another coach who was instrumental to the development of the Weah football career would also be receiving the country’s highest honour.
“They will be honoured by the government of Liberia on August 24, National Flag Day for their role in President George Weah’s footballing career,” a spokesman said.
“Both coaches will be awarded the honour at an investiture ceremony in Monrovia.”
It was Wenger who took Weah from Africa in 1988 to play for Ligue 1 side Monaco after a tip off from his compatriot Le Roy who first saw Weah playing in Cameroon.
In 1995 he was awarded World Footballer of the Year and won the Ballon d’Or, still the only African to win either award.