Is DenG losing his magic?


According to an article written by the Liberian Observer, DenG songs are falling off the charts faster than before.   "From ‘Make Dem Talk’ to ‘Some Done Some Na Done,’ it now appears that the top notch artist has lost his lyrical prowess. The two singles’ ‘hot lifespan’ didn’t go past a month after their release dates, maybe owing to the fact that they have a similar message to his first hit single ‘They Vex,’ without being as catchy.
Both songs fell short of tapping into his fans’ expectations, and the lyrics appear to lack that power that could speak directly to the soul."

Reading the comment session of the article, most of his fans agreed with the writer.  One actually wrote, "The writer was right... Deng didn't do well in the song he ft sarkodie... He has to work on his lyrics and style I have noticed he is trying to change his original sound to something different...." ZB QuoiQuoi


This was DenG respond to the author of the article, Robin C L Dopoe Jr. 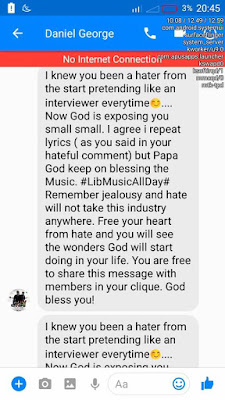